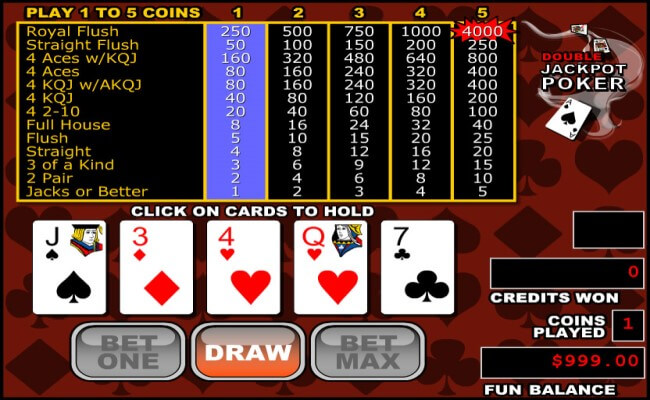 What about winning a Jackpot of coins that you can spend for playing on casinos by winning jackpots playing Video Poker? This could be the most pleasant opportunity that any gamer would be looking forward to! Let’s find out in this piece of information those 4 popular video poker that offers 4000 coins as jackpot! 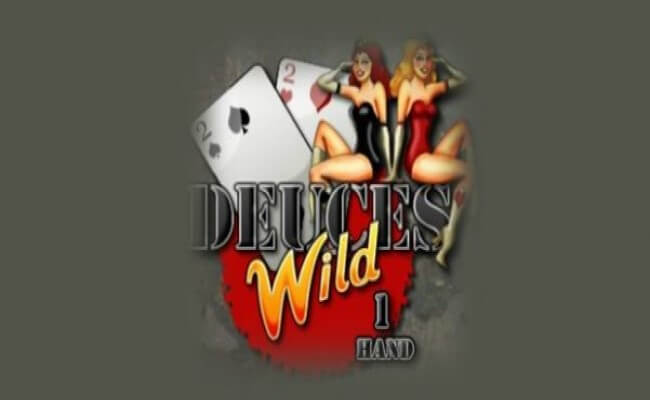 This is powered by Microgaming Software Company that offers 4000 coins in its jackpot win. You can also win many other payouts simultaneously. This game features a standard deck of 52 cards where deuces are wild, which can replace any other card on the deck for a winning formation. You can enjoy the betting range from $0.25 per hand to $25 per hand.

You will have several symbols and features like five of a kind, natural royal flush, four deuces, flush, full house, straight and many more. The highest paying hand is a Royal Flush and the lowest one is Three of a Kind. One and two pair do not pay in Deuces Wild Video Poker.

Deuce Wild do not have any typical bonus round but it has some amazing features that can boost payouts. First is Wild Cards, where on getting 4 deuces you get the reward of 1000 coins on betting 5 coins. Second is Gambling Option, where a payout is generated and if the chosen card color is correct on gambling the payout amount, your win will be doubled and on the wrong match you will lose the won amount.  The third one is Top Rewards, where you get the top payout of 4000 coins for a Natural Royal Flush and the next heights award is 1000 coins for four deuces. 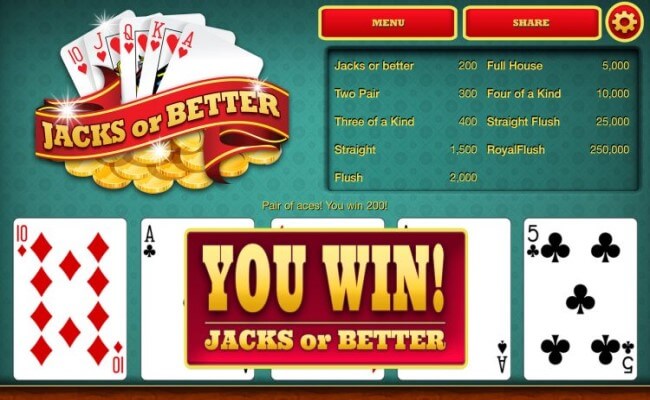 Powered by Microgaming, this straightforward poker variation that offers the highest Jackpot of 4000 coins. It is a simple 52 deuces cards game with various symbols and features. Some of these include high, royal flush, four of kind, flush, two pair, four to a straight, two to a royal flush and many more.

This game has clear and crisp graphics which is ultra-smooth. On landing a Royal Flush you win the jackpot of 4000 coins. On getting a winning hand, you can double that win by a showdown with the dealer. 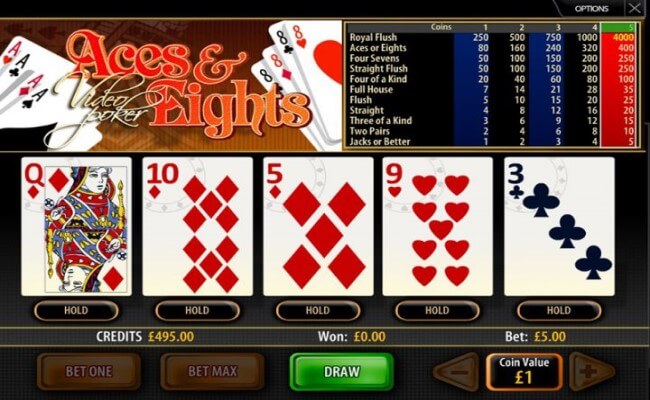 Aces and Eights is yet another video poker options powered by Microgaming. This features sharp graphics and a user-friendly interface. It is a normal 52-card deck without any Jokers. The only objective of players in this game is to collect a hand that is paid as per the paytable.

It has many symbols and features and some hands that have high payout include Four of a Kind (Aces and Eights), Four of a Kind (Sevens) and Four or a kind (All Others). Royal Flush is the highest payout. To earn a payout in this poker, you require a pair of Jacks. On wagering five coins, you receive the highest hand namely 4000 coins. In the same way on wagering one coin, two coins, three coins, and four coins you get 250, 500, 750 and 1,000 coins respectively. 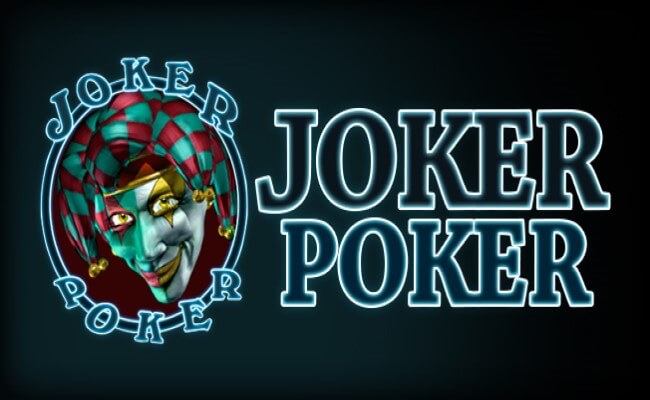