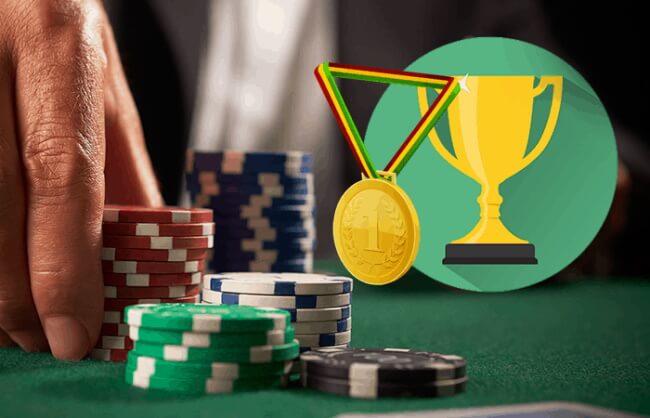 If you are fond of playing slots, you would probably know playing with 9 winning lines could be the best thing a novice could look forward to! There I have rounded up top 4 Slots with 9 Paylines to play.

This slot is one of the slots with 9 winning lines to play. It will take you to the world of fabulous luxury, along with some other somewhat less commonplace components, like a fox with boobs. Tally Ho features a fox/woman clad in a dress the game’s fancy rich folks are foxes.

You can win a regular jackpot of 6,000 coins, but you can win 24,000 coins instead if you ace the jackpot during free spins, wins are quadrupled. If you bet ten coins per line and win the jackpot, you can win 60,000 coins.

To win the highest prize in Tally Ho, you need to land 5 wild symbols (bucking horse) on an active payline. You can win the jackpot.

The wild symbol can replace all other symbols other than the scatter. It also doubles wins when it substitutes to help create one.

A trumpet is the scatter symbol, which is the key to earning ten free spins. On getting three or more and you’ll activate free spins. If you get two or more scatter symbols anywhere on the reels, you will win coins based on the number of credits you staked and added to your payline wins.

The ten free spins activate a nice bonus, and best of all, they can be re-triggered within the free spins mode itself. The other bonus feature is the simple gamble feature that is available in many Microgaming video slots. You can double or quadruple your win by guessing either the color or the suit of a concealed playing card.

Based on a science fiction/action film of the same name, Cowboys and Aliens is a video slot game. In this game, you will see perfect versions of the film’s characters and situations all while attempting to win some nice prizes with a lucky spin or two.

This is the Playtech slot which you can play in many casinos. Cowboys and Aliens film was  inspired by a popular comic book.

You can play with one coin per line in Cowboys and Aliens. Get the option of a nice range of coin values to choose from, starting at just a penny to $5, with values like 2 cents, 5 cents, 10 cents, and a dollar in between. You can play all 9 lines for as little as 9 cents or as much as $45.

The game features a jackpot of 10,000 coins, but of course, you can win more with multipliers and bonuses in effect.

The wild symbol is the core to getting a 10,000 coin win in one fell swoop. Land five wild symbols on an active payline, and you’ll make a nice profit.

The wild symbol, which is the highest valued symbol, is a UFO that is on fire and is about to crash land. It can replace all except the other special symbols.

The scatter symbol is the Alien and Cowboys logos, which pays when you land two or more anywhere on the five reels. On getting three or more, you can get eight free spins.

When you land bonus icons on the first and fifth reels simultaneously, you can get an attack bonus. Alien weapon feature is a symbol of a laser gun and only appears on the first reel. Get one, and the gun will reveal a number between one and four, which is the number of symbols that will be “shot” and transformed into wilds.

Free spins are like regular spins with the exceptions of stacked wilds, which can appear on entire reels (or rows) at a time to help you win better prizes. When they do, they also show a scene from the story, which is a great addition to the game.

When you battle with the aliens by getting the bonus icon on the first and fifth reels, you choose from the three main cowboy characters, Zeke (who has a six-shooter), Verity (who has a whip), and the Indian warrior (who has a bow and arrow).

It is a new video slot from Microgaming and also one of the 4 slots with 9 paylines that takes you from Canada and all over the world on an adventure to exotic locales where hidden dangers and thrills along with some nice prizes await you.

This 5-reel, 9-payline slot fits the bill, with its clean, crisp design and colorful symbols. Adventure Palace plays up its theme without pounding it down your throat, which is nice. Symbols include king cobras, tigers, elephants, peacocks, and more. The familiar 9, 10, J, Q, K, and A symbols appear with vines and leaves draped over them to help them fit the motif, as well.

This slot offers a wide range of coin values, allowing you to choose their level of investment on a spin-by-spin basis. Coin values start at 1 cent and go all the way up to $1, with values like 2 cents, 5 cents, 10 cents, and 25 cents in between. You can bet five coins per line and can bet up to $45 per spin.

It has a base jackpot of 10,000 coins, although, with multipliers and a higher coin per line bet, you can make even more in one spin playing the game.

A picture of the landscape is the scatter symbol and can get fifteen free spins if you land three or more on any of the reels.  If you get two or more of them anywhere can win you coins, with 500 coins for getting five of them in one spin.

There are no true bonus games in Adventure Palace. You can earn free spins as you get 15 of them for getting three or more scatter symbols. When you have free spins, all wins are tripled. There is a “Gamble” feature like many of Microgaming’s offerings that allow you to double your win by predicting the color of a concealed playing card or quadruple it by guessing the suit correctly.

It is also one of the 4 slots with 9 paylines video slot from gaming giant Microgaming consisting of 5 reels and 9 paylines and a 10,000-coin jackpot. This game features a fusion of traditional and modern styles and functionalities with Wilds, Scatters, and bonus rounds.

All the fast-food could offer you some equally fast payouts and you can roar on down the road to try and hit that big jackpot. The game has a dozen symbols altogether, two of which represent special features. And most of those payouts with just two or three adjacent items.

The symbols are related to the protagonists’ journey along the highways and byways and include roadhouse food such as eggs, pancakes, and bacon, a hotdog, a chili pepper, and a foaming beer. You also get symbols like a speedometer, a number plate, the silhouetted hog on his bike, a spinning rear wheel, and the grinning hog himself.

Wild Heat is the Wild here which looks like a heart tattoo with both wings. It appears on reels 2, 3, or 4 and can replace any other symbol apart from the Scatter, to complete a winning combination.

The Scatter symbol is the engine block icon and it appears very frequently. If you score another winning payline at the same time as a scatter win, you’ll also reap the rewards from that.

These are the popular 4 Slots with 9 Paylines that can get you many chances to win a decent reward. So try out these slots and have a great time.