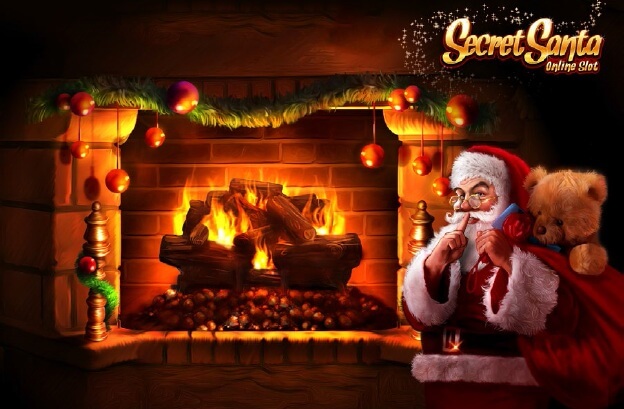 What better game to play around the time of Christmas than Secret Santa which was released in 2013? The game builds up a Christmas theme with a Christmas song and other sound effects. But that is not all, the game also utilizes quality animated features and art symbols relating to Christmas. The graphics and layout are simply mesmerizing.

Being a non-progressive jackpot game, Secret Santa offers a chance to the players to win maximum payout; which in this game is 24.00 credits. The denomination of the game starts at 0.01 credits.

Now here is how you can win the jackpot – the first thing that the player has to do is make a switch from free play to playing with real money. Next, the player must make a maximum bet and enable all paying lines. And lastly, five Santa symbols must appear on the enabled pay line in sequence. Once he has met all these requirements he will win the full value jackpot.

Secret Santa also features the Wild and the Scatter Symbols. The Wild can replace any other symbol in the game acting as a substitute. However this wild symbol, which is the Secret Santa Logo, cannot replace the Scatter.

The Scatter, on the other hand, is the Cracker symbol. The scatter has the advantage of creating winning combinations by appearing anywhere on the paylines as the requirement of coming in sequence doesn’t apply to the scatter symbol.

The Secret Santa wouldn’t be complete without its bonus feature. This can get randomly activated during the game. With the bonus symbol activated, the player has the chance to play any of the seven bonus feature games which are, Wild Boost Bonus Game, Dashing Wilds Bonus Game, Scatter Spree Bonus Game, Wild Reels Bonus Game, Mystery Multiplier Bonus Game and Free Spin Bonus Game.

Secret Santa is a Christmas themed game having 5 reels and 1024 paylines. The game is filled with Christmas symbols like the turkey, the pudding, the presents and of course the Christmas tree.