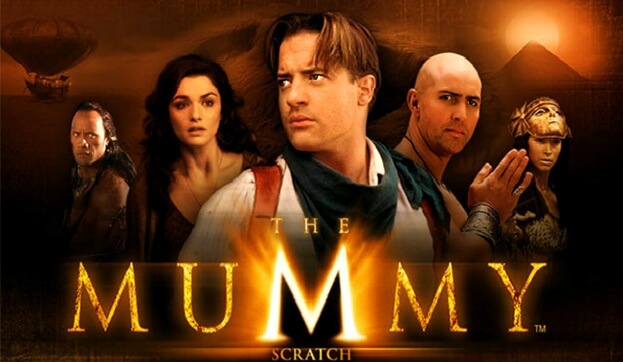 Max Coins Per Line: – No

The Mummy is an online scratching card game using excellent graphics, animated symbols from the movie and an autoplay feature. The experience is intensified with the use of bonus feature.

If you are into trying your luck through online scratching cards, then try the Mummy which is offered by Playtech as a unique virtual scratching card with animated features. What sets this game apart is that it uses latest technology and includes actual animated symbols from the movie to make the game even more interesting for the players. The excitement of playing with high quality visuals is accentuated with the autoplay feature of the game. This feature allows the players to select from 10 to 50 rounds in the multiple of 10. Playtech has set a simple goal – all the players need to do is find 3 matching symbols and if during their search they find a bonus symbol then the game is automatically postponed to run the bonus feature.

The Mummy Coin Values and Jackpots

With all these great features, the Mummy also has another lucrative offer for the player – playing the non-progressive jackpot, the player has a chance of winning the maximum payout limit which is 100.00 credits. The denomination, however, starts from 0.20 credits.

The game also has a jackpot and the players have a chance of winning it during their game if they are able to reveal 3 Mummy symbols. With a maximum (100 credits) bet, the player wins a chance to win the maximum jackpot. Every Mummy symbol has the potential of giving 1000X bet payout.

The special symbol in the game is the Mummy Bonus symbol giving the player a bonus during the game as there is no wild or scatter.

In its objective, the Mummy isn’t any different from any other virtual scratching card game. However, the superb graphics and the autoplay feature make it very interesting for the player who has to find 3 matching symbols to win the prize. To add more excitement there is also a bonus feature which is explained above.