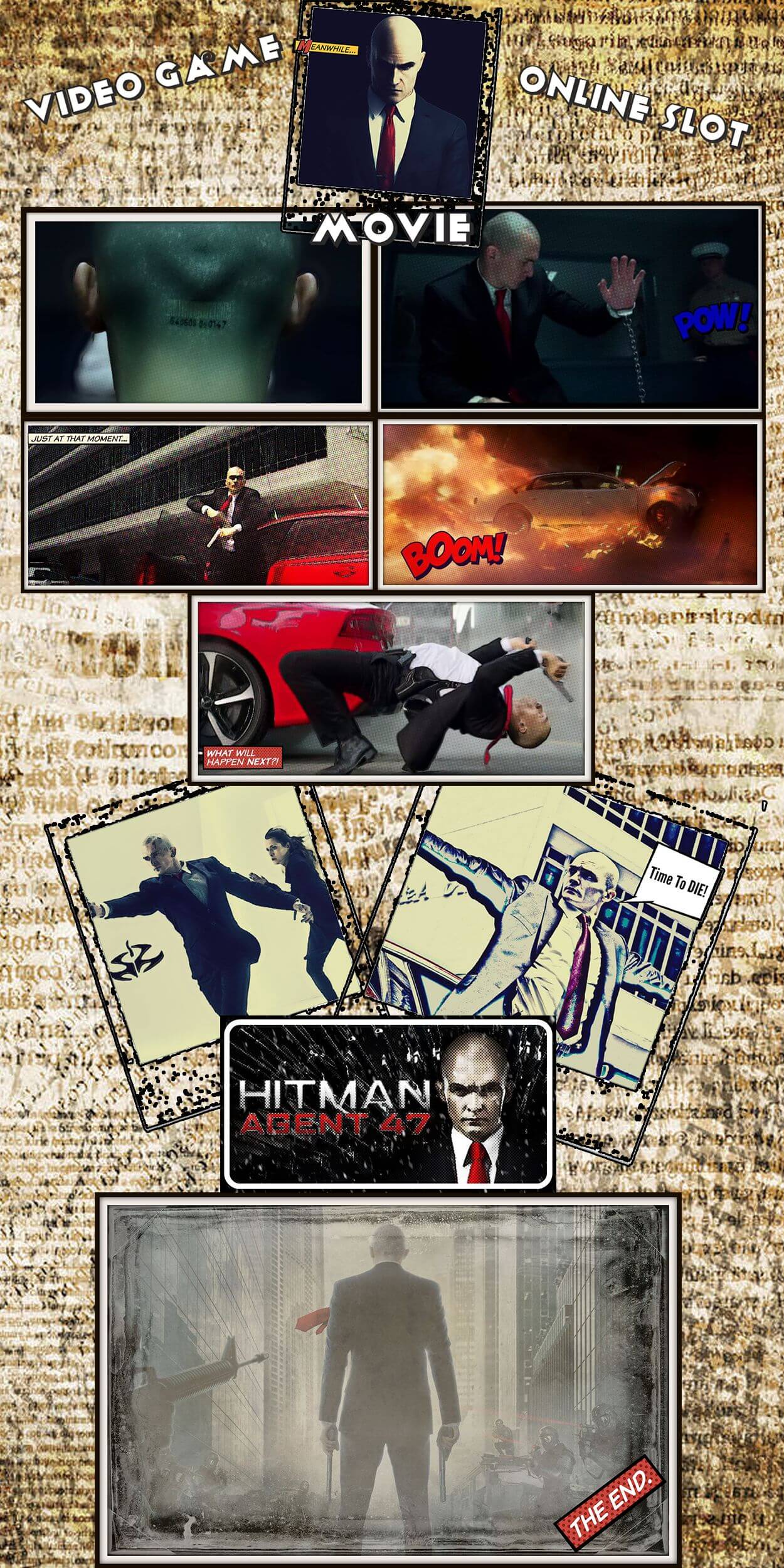 At an unknown location, near a remote asylum, a group of young bald boys are receiving tattoos of bar codes on the back of their heads; men observe, direct, and coordinate the training of these young boys in firearms and hand-to-hand combat, as well as stamina and strength. In these scenes, it is shown that these young boys are trained from an early age to be professional, international hit men-for-hire The story involves “47 the agent” one of the hit man and Nika the woman who yearned for a Vine yard her childhood dream, with much of killings, spying, Interpol, Russian intelligence and assassins.

The earlier version of Hitman of 2007 was directed by Xavier Gens and based on the video game series of the same name. There too the story revolved around Agent 47, a professional hit man, who was engineered to be an assassin by the group known as “The Organization”. He becomes ensnared in a political conspiracy and finds himself pursued by both Interpol and Russian intelligence.

Both the versions of the movie are packed with action thrill suspense and the hit men who are trained not to miss their shot.  The movies idea clicked from the Hit Man Slots video game which is quite popular among the casino players.

The Hit Man Slots involves just the same characters only difference they are animated here and come live to your video screens.  The 20 pay line game from Microgaming can be played at most of the Canadian Casinos 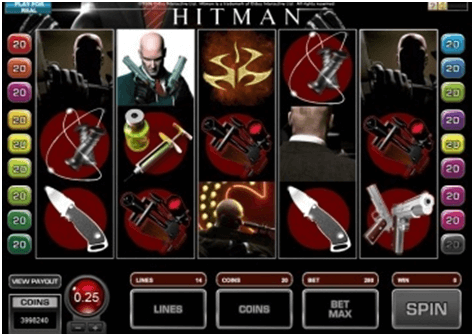 The Features in the Hit Man Slots

Again as said above it has the prime character the “Agent 47”. You can take part in two separate bonus games and win up to 270,00 coins, given that the maximum coin size is 0.25 this is a fairly significant amount of cash. 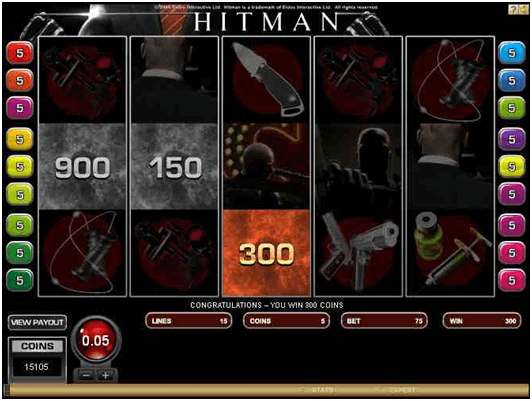 The Insignia Bonus feature is activated, when three of these symbols appear on the first, second and third reels. You are then offered to choose one of the three symbols to determine your prize. Your bet in the particular spin will be multiplied with the amount shown in the insignia of your choice. It serves a nice little boost for the overall gaming environment provided by this slot.

Contract Bonus is the main bonus game of the Hitman Slot Game. You will trigger it, when at least 3 bonus symbols appear on the third, fourth and fifth reels. You will have to select your target as well as a weapon to use, but there is no actual shooting at the targets. You’ll also be awarded with a multiplier to boost your total win. 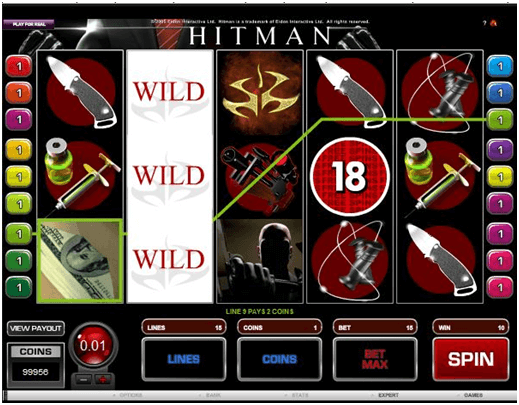 Hitman himself also represents the wild symbol of the game and will substitute for any other symbols to complete an active payout. It will also expand over the reels to reach the highest possible payout and complete the pay-line.

Though the game is few years old but with appealing graphics the game is quite loaded with action and fun to enjoy every time you play.