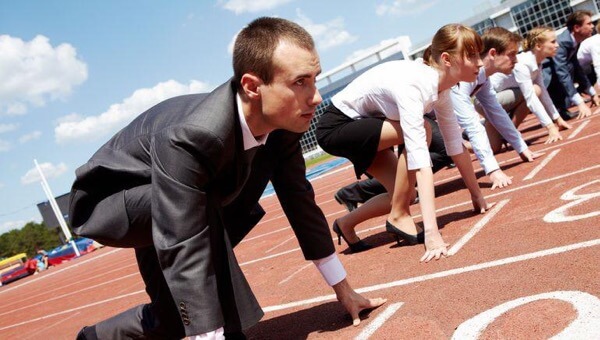 In the last decade online slots tournaments have exploded in popularity. Their fast pace & large prize pools entice players from around the world to participate in this wheel spinning frenzy. Unlike poker tournaments, the only skill you need to compete is the ability to press a button. This extremely easy gameplay appeals to those who want to make some quick cash without having to learn how to count cards.

Even though online slot tournaments are user friendly, it’s still important to educate yourself before you play. There is no secret formula to cheat the system, so don’t buy into to anyone’s get rich quick scheme. However, proper preparation prevents poor performance.  So the more you know about online slot tournaments the more likely you are to increase your odds. Once you understand how these mysterious tournaments work you will be better equipped to win.

No matter whether the slot tournament is online or offline, the same principals usually apply. Most tournaments start with buy-ins, which are essentially an entry fee to join the tournament. This is covered by the players or sometimes the casinos to entice more players to join. The more players that participate, the bigger the prize pool. In the end the prize pool is divided up among the winners & the casino keeps a portion to cover the hosting costs.

Every slot tournament is divided into multiple rounds. The time frame can vary from 3 minutes, 15 minutes or 20 minute rounds. Once the time starts the tournament comes alive as everyone frantically spins as many times as possible before the time runs out.

When the tournament starts each player is given a set amount of credits to play with. It’s your job to make the most out of this in the time allotted. In the end the person with the most credits wins, with smaller prizes being awarded to the other runner ups.

Not all tournaments have the same prize pool distribution. For this reason it’s essential to check before you enter any tournament. Normally if there are 100 players with a $50 buy-in the prize pool is $5,000. The 1st prize winner takes home $3,000, the 2nd prize would be $1,000 & the 3rd prize would be $500. There would also be multiple small prizes, which vary in every tournament. Some are more favorable than others so you need to do your research.

Some of the larger slot tournaments take place over an extended period of time. They start off with multiple smaller tournaments which lead up to a final showdown. This is where the prize pools can reach massive amounts, so it’s in your best interest to join them. To get to the last round you have to place high in the beginning tournaments to be eligible to continue.

Unfortunately there’s little advice that will increase your odds at winning an online slot tournament. In the end you are at the mercy of the slot machines. RNG’s don’t have feelings & aren’t influenced by you, so you just have to spin as many times as you can. This slightly increases your odds of winning, so when you are playing don’t let anything distract you. Don’t waste time waiting for credits to add up & turn off your cellphone. Your success depends on how many times you can spin the wheel. So play max bet on every spin & don’t forget to have fun!

Online Slot Tournaments are the product of the booming slot industry. The flashing lights & easy gameplay are sure fire ways to get people to compete. As long as you do your research, you stand a chance at winning while doing something you enjoy. In the end this is a hobby, so don’t enter a tournament trying to make your rent money. Remember these rules & you will get the most out of online slot tournaments!