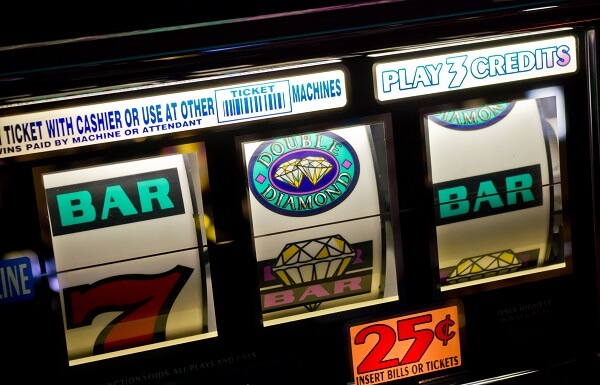 Slot machines have successfully survived the tests of time & their illustrious history showcases their rise to power against all odds. In just 100 years they have evolved from their humble beginnings into the main money makers for casinos around the world. From run ins with greedy politicians to close ties with organized crime slot machines have played a hand in changing America. With its raging popularity this exciting new series of games has revolutionized the way we gamble. From Las Vegas to Dubai every casino is dominated by this group of machines, so it’s important to learn the exciting history behind them. While reading this you will be shocked & downright amused with the facts behind the simple machines that evolved into casino powerhouses.

Ever since their invention in the late 1800’s slot machines have been shrouded in a cloud of controversy & infamy. In the beginning the term slot machine referred to simple vending machines as well as ones for gambling. It wasn’t until the 19th century that the title was claimed exclusively by gambling machines. Bavarian immigrant Charles Fey changed gambling forever when he created his iconic Liberty Bell slot machine in San Francisco. This behemoth 100 pound machine allowed users to pull the lever & spin 3 reels containing card suits, stars, horse shoes & a liberty bell symbol. The payout for getting 3 liberty bells in a row was 50 cents, which was an enticing reward at the time. Charles Fey left the machines with bar owners & split the profits of the machines with them 50/50. The machines became incredibly profitable & many manufacturers were beating on Charles Fey’s door to buy the rights to the Liberty Bell. However Charles Fey adamantly opposed selling the rights to his treasured invention. This opened up the doors for a number of copycat slot machines being created, pushing slot machines into having fruit symbols to keep up with other competitors.

When slot machines started getting outlawed in 1909 their creators evaded prosecution by using creative measures. Many of the slot machines played at the time disguised themselves as vending machines by rewarding players with cigars & gum as prizes. The winners could then trade in the cigars for cash. This is where the phrase “close but no cigar” comes from. These innovative ways of preserving the slot machines lead to police cracking down on both vending machines & slot machines. New York Mayor LaGuardia even did a publicity stunt on a barge as he posed in front of numerous slot machines that were being tossed into the ocean. Unbeknownst to the public a majority of the machines getting dumped were actually legitimate vending machines that were used to bump up the numbers to make them look better. Luckily by the end of World War II the government decided that slot machines were an excellent source of tax revenue so the taboo was lifted.

After surviving prohibition slot machines continued to explode in popularity, which allowed them to continue evolving at a rapid pace. The infamous mob figure “Bugsy” Siegel made a historic move for slot machines when he installed them at his Flamingo Hilton on the Las Vegas strip. This was a monumental moment for slot machines since this exposure made the public’s appetite for slot machines unquenchable. The middle of the 20th century gave rise to the first wave of electro-mechanical machines which were then slowly replaced by the microchip machines in the 70’s. By the 80’s all casinos had all officially switched to microchip machines since their random number generators made the games more precise & profitable. By the 90’s online slots were born & they became another iconic step in the brilliant history of slot machines.

From their controversial introduction to their current domination of casino revenue, slot machines have made their mark on gambling culture. It’s hard to imagine that in just 100 years slot machines transformed from its illegal counterpart into one of the most beloved games at casinos. Currently slot machines account for 80% of casino revenue so you can bet your last dollar that they aren’t going anywhere.