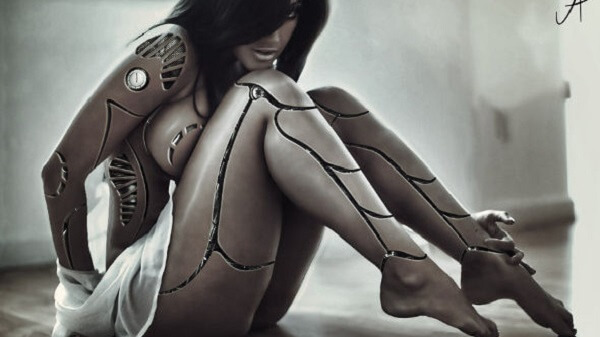 The Campaign Against Sex Robots is in full swing

The Campaign Against Sex Robots is in full swing, hoping to make the creation of sex robots illegal. While this sounds outright silly it’s actually trending now and the feasibility of outlawing having sex with robots is impractical at best.

The Campaign Against Sex Robots states that the promotion of robots that offer sex will continue to promote the objectification of women. They claim that sex robots are a direct reflection of the “horrors” of the booming world sex industry & decrease empathy towards women.

The irony of such a ridiculous statement was apparently lost on Dr. Kathleen Richardson. Even though the sex industry is illegal in most countries it’s still one of the oldest and most resilient industries in the world. As the demand for prostitutes & escorts continues to grow even in the midst of draconian laws, there is only one possible solution.

We have repeatedly found out the hard way that suppressing natural human urges by making them illegal only creates huge profits for criminal syndicates who are willing to provide these services. The future development of sex robots may end up being the only way to satisfy men’s robust sexual appetite while simultaneously bringing down the international sex industry.

Even at a whopping price of $7,000 the world’s first interactive sex doll Roxxxy has already received thousands of preorders and is set to release later this year. The new Roxxxy doll allegedly can carry on a conversation, feel human touch & have sex with you. The man behind Roxxxy, True Companion CEO Douglas Hines, believes that his new line of dolls will revolutionize the way people deal with the death of their spouses and decrease violence against women.

“We are not supplanting the wife or trying to replace a girlfriend. This is a solution for people who are between relationships or someone who has lost a spouse,” Hines told The BBC in response to the Campaign Against Sex Robots. “The physical act of sex will only be a small part of the time you spend with a sex robot – the majority of time will be spent socializing and interacting.”

The development of sex robots is already happening, whether we like it or not. We can either embrace it or waste more money and time trying to outlaw something that men will find a way to use for sex anyways. But if the sky turns blood red & all hell breaks loose when a few thousand men start having sex with Roxxxy this year we will know that we should have listened to Dr. Kathleen Richardson.