Last month Canadian gambling operator Gateway Casinos and Entertainment announced that it is planning to develop a new casino in Chatham-Kent, Ontario. Construction for the Cascades-branded casino is expected to start this spring after the company acquires all government approvals. The proposed casino will be built in a vacant lot on Richmond Street, at the site of the former Wheel Inn. The announcement came in a press release, and the Gateway Casinos and Entertainment said that the Chatham property first needs to be approved by municipal and government authorities. Construction will start after the land acquisition process is complete, too, which according to the gambling operator, will probably take another few weeks.

Games at the new casino

If approved, the new casino will be under the Cascades brand and will feature slot machines and table games. Gateway Casinos and Entertainment is expected to release more detailed information about the project in the coming weeks. The local community will be interested in the employment opportunities, as well as in the food and beverage outlets planned to be built as part of the casino property. In the press release, Chatham Mayor Randy Hope expressed his support for the new casino, adding that as the largest gaming company in Canada, Gateway is the best partner local authorities have worked with.

Hope also said that the municipality has received CA$700,000 in hosting fees for the 2016-2017 operating year from Ontario Lottery and Gaming. With the new Cascades casino in Chatham, the revenue influx to the municipal budget would increase, he added. According to Rob Mitchell, the director of communications for Gateway Casinos Ontario, all casino amenities will fit on the vacant land on the northeast corner of Richmond Street and Keil Drive. There will be a parking lot, restaurants, and a gaming floor which will host both slots and gaming tables. The Chatham casino will look like the one that is being developed right now near Sarnia.

Plans for an Expansion of Gateway’s Casinos 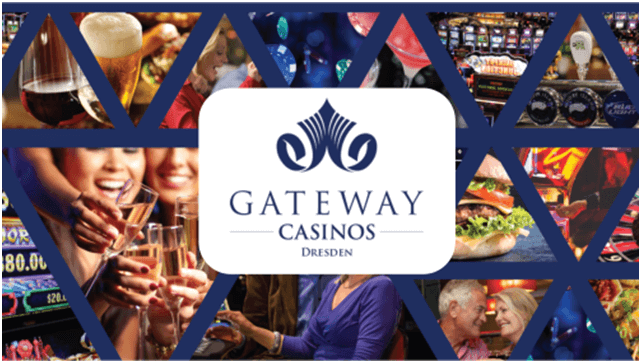 The plans for the Cascades casino in Chatham-Kent are the latest announcement from Gateway Casinos and Entertainment, which previously said it was eying an expansion of the Gateway Casinos Hanover site. Gateway’s Starlight Casino Point Edward is also currently being renovated in a major project worth CA$26 million.

The press release did not mention specifically whether the Chatham casino is a brand new offering or rather a relocation from Gateway’s facility in Dresden. In November, Mayor Randy Hope and North Kent councillors Joe Faas and Leon Leclair explained that the company is planning to move its slots from Dresden to Chatham. According to a spokesperson for Gateway, the Dresden site will remain operational until at least 2020, the local news website Chatham This Week reports.

Gateway Casinos & Entertainment has the privilege of operating in cities and towns across Canada. Operating in British Columbia, Edmonton and Ontario, Gateway has over 6,100 employees and operates 26 gaming properties with 282 tables, over 9,500 slots, 68 restaurants and bars and 272 hotel rooms. Gateway is undertaking an ambitious growth strategy to dramatically improve the customer experience and attract new customers. This includes the development of proprietary food and beverage brands like Match Eatery & Public House and Atlas Steak + Fish as well as the addition of two new planned builds in North Bay and Kenora in Northern Ontario. This year Gateway is celebrating 25 years in the business of gaming and entertainment in Canada.

On May 9 and May 30th 2017, Gateway took over the day-to-day operations of the Southwest and North Gaming Bundles in Ontario. The Southwest Bundle included a casino in Point Edward and slots in Woodstock (at Woodstock Raceway), London (at the Western Fair District), Clinton (at Clinton Raceway), Dresden (at Dresden Raceway) and Hanover (at Hanover Raceway); while the North Bundle included two casinos in Thunder Bay and Sault Ste. Marie, and slots in Sudbury (at Sudbury Downs). This expansion makes Gateway Canada’s largest and most diversified gaming company.