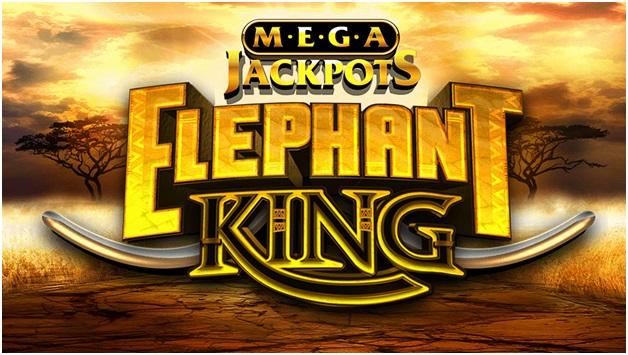 Mega Jackpots Elephant King is all about the story of forest animals where lion is considered the king but here the majestic nature of Elephant and its great personality makes Elephant the supreme head of the jungle. You can spin the reels of this slot for some fantastic Megaways opportunities to win handsome if played with real money.

You will get to experience sharp graphics as the animals appear on the reels and small animations are included to add to the entertainment value on offer. In the background of the set reels you will play along to a thumping tribal soundtrack. 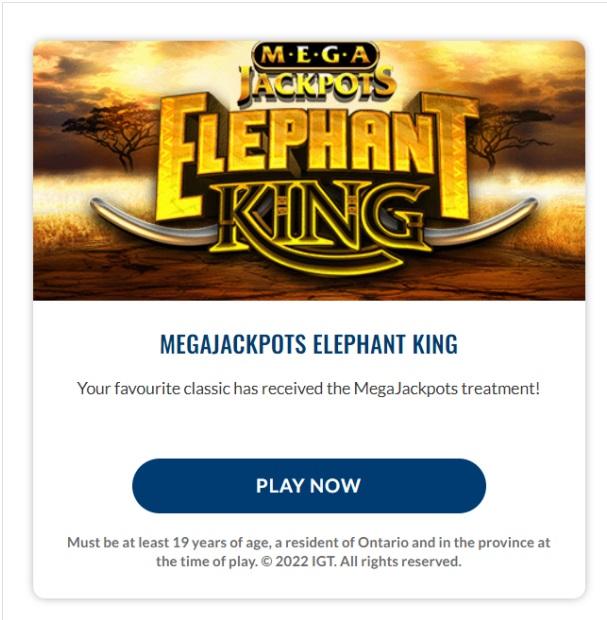 You can bet from 0.75 on this choice of free play slots and prizes are paid out for between 3 and 5 symbols. There are lower paying card symbols and gemstones, and higher-paying animals from the Serengeti. The elephant obviously has the biggest standard win in the game, offering up to 500x your stake if you manage to land 5-of-a-kind. The maximum bet on offer is a massive 750.00 per spin, which is much higher than the vast majority of online slots, while the best win possible in a single spin is 1,000x the total stake. This doesn’t apply to the progressive jackpot. 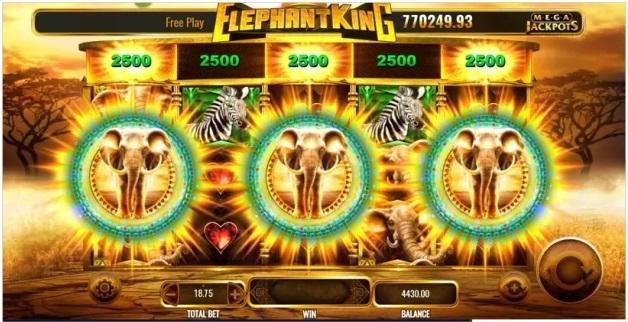 The Prize Disk feature is triggered when one or more bonus scatter symbols appear anywhere on the reels. These symbols are only found on reels 1, 3, and 5 only in the base game and on reels 1, 2, 3, 4, and 5 in the Free Spins Bonus. Each triggering Bonus scatter symbol pays a prize value, awards free spins, awards extra spins, or triggers the Mega Jackpots Bonus as shown in the Prize Disk position above the triggering symbol. 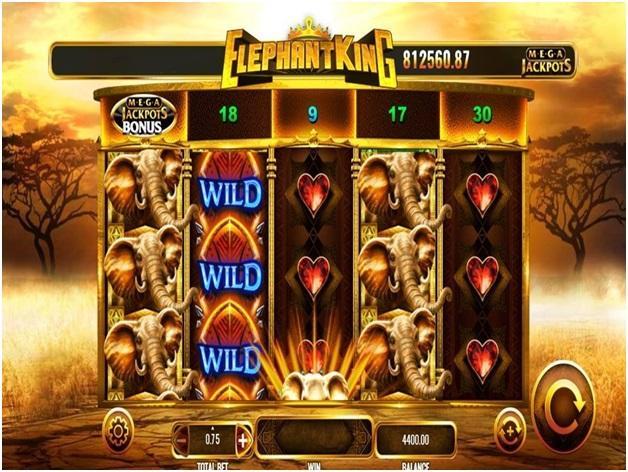 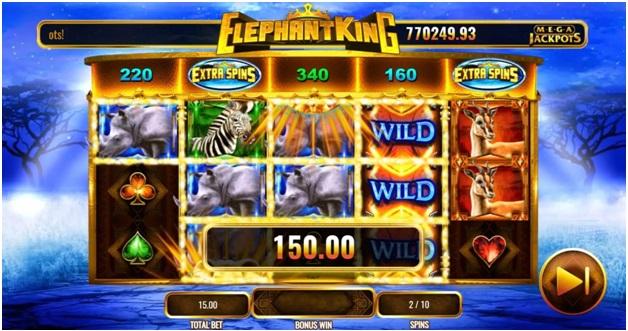 Additional free spins can be retriggered multiple times, up to a maximum of 250 free spins per bonus.

Only the highest winner is paid on each payline. Line wins are multiplied by the coin value on the winning line. Coinciding line wins on different paylines are added.

Bonus scatter symbol appears on reels 1, 3, and 5 in the base game and appears on all reels in the Free Spins Bonus.

Wild symbol is wild and substitutes for all symbols except Bonus symbol in the base game and the Free Spins Bonus. Wild symbol appears on reels 2, 3, and 4 only.

How to win the Mega jackpots Progressive in the game?

Every bet offers a chance to win the Mega Jackpots Progressive and the higher the bet, the better the odds of winning.

The odds of winning the Jackpot are proportional to the actual bet amount. Therefore, the game is completely fair, offering the same odds per amount bet per currency.

How will you get paid in case of winning the slot game? 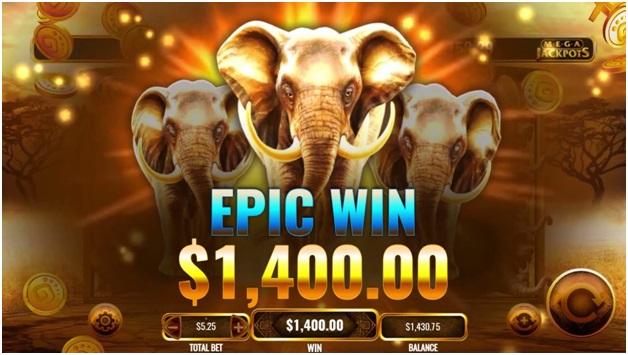 The award verification may take up to 72 hours

When a player wins the Jackpot, a notification message appears. Customer service will contact the player within 24 hours with details of your Jackpot payout. The award verification may take up to 72 hours, and the win will not be reflected in your account balance. You may continue to play. It will not affect your Jackpot.

The amount paid after verification is approximately the amount seen on the Jackpot meter when the win occurs. Potentially, the awarded Jackpot could be somewhat higher because of display delays.

All applicable taxes and fees in connection with any winnings awarded to the player, and any other payments to the winning player are his/her sole responsibility. Winnings cannot be transferred, substituted, or redeemed for any other consideration.

Jackpot represents an increasing top award where the growth is funded by a fixed percentage of each bet placed by all players playing for the jackpot.

For this game, the long-term, theoretically expected payback is 88.99%-92.49%. The results for any given player over a play session can vary widely from this long-term, expected average in either direction. The fewer the number of games played, the wider the normal variance of actual payback that may be experienced.

Q1. What is the RTP of the Elephant King Mega jackpots slot?

The theoretical return to player ratio of this slot is 92.49 per cent.

Q2. What are Mega jackpots?

Q3. What is the bonus line up in this game?

The bonus line-up in this game starts with a traditional wild symbol, in the form of a shield and spears icon, which will land on the centre three reels. They can appear stacked to really elevate the prize potential on numerous lines. Each of the wild symbols can replace other icons to help complete or improve winning combinations. They cannot substitute for the elephant scatter, however.

Q4. What does the scatter symbol reward?

The scatters can appear on reels 1, 3, and 5, and can reward you with the prize that is shown on a disk above your main playing area. This is also how you can trigger the free spins bonus if the relevant symbol appears. Each triggering icon found on the prize disk will reward you with 10 bonus games. These are played on a different set of reels and bigger prizes are on offer than in the standard game.

Q5. What does the prize disk include in the game?

The prize disks included in the game include the free spins, the cash prizes, and the progressive jackpot. The progressive pays out an average of almost 900,000 for real-money players.

Q6. What is the maximum bet in this game?