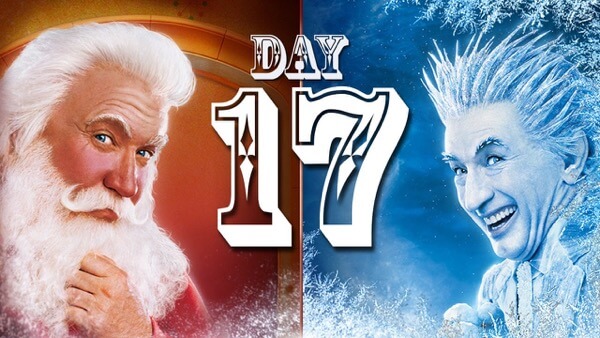 Even though Christmas propaganda is saturating every department store, it’s impossible to get sick of holiday themed flash games. It’s no secret that the holidays are hectic. Spending your hard earned cash on nonsense, picking the perfect gifts & coordinating incoming family members could drive anyone mad. This may be one of the most outrageous times of the year. But fortunately, you have more options than you think.

The perfect remedy for holiday stress is Christmas themed flash games. They allow you to escape from the drama & give yourself some much needed alone time. Now that flash games are on the rebound, there are plenty of free options to choose from. This new wave of flash games caters to both kids & adults. So everyone can get a piece of the action. We have compiled a list of must play Christmas flash games. Enjoy & start letting loose with these innovative entertainment options!

This game is the perfect holiday face off!

Flash Game #1: Santa vs Jack Frost – This epic game creates the perfect showdown between Santa Clause & Jack Frost. Santa has to deliver as many presents as possible, & he is running agains the clock. To complicate things more, Jack Frost is hell bent on stopping Santa.

In this game you have to help Santa maneuver through a barrage of Jack Frost’s icicle attacks. In the midst of the madness, you have to deliver fancy dress costumes. The more you deliver, the higher your multiplier grows. Once you reach certain levels, you get a new fancy costume to deliver. Get rid of all 16 costumes to beat the game! 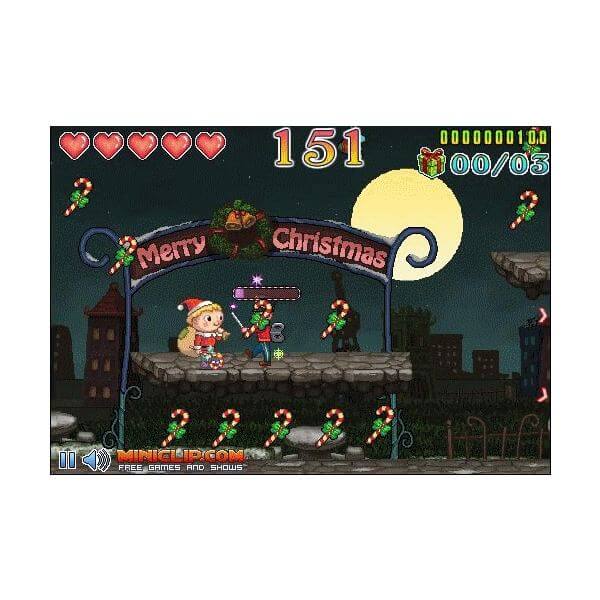 Take on the enemy & save Christmas!

Flash Game #2: Wrap Attack – There’s a crisis going on in the North Pole, & it’s your job to save Christmas. In this cunning arcade style game you play Tommy, a helpful elf who has his back up against the wall. Santa has been kidnapped by an army of toy soldiers, & you’re the only one left to save the day. Santa’s assembly line is being held hostage, & only one elf escaped the soldiers. It’s your time to shine, are you up for the challenge?

On top of rescuing Santa, you still have to help prepare for Christmas. The days are steadily ticking by, & if you don’t wrap up toys Christmas is doomed. It’s your job to avoid the soldiers, wrap presents & make it to Santa. Once you rescue him, the Christmas spirit will be able to spread throughout the world. Jump head first into this wild adventure! 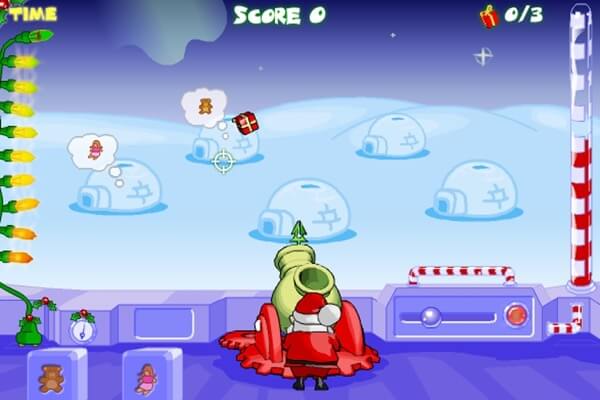 Launch presents into igloos with this delightful game!

Flash Game #3: Santa’s Cannon – Reindeers were so 2015, now Santa is turning to new technology to get presents delivered. Instead of going with mythical creatures that fly, Santa has opted to blast presents with a cannon at high speeds. This cuts out most of the hassle, the only problem is Santa has no idea how to work the cannon.

In this game it’s your job to help launch presents into the right homes. You will have to sort through all the gifts to pick the perfect one. Then all that’s necessary is launching with enough power so it gets to its destination. Help Santa complete this fun filled mission!