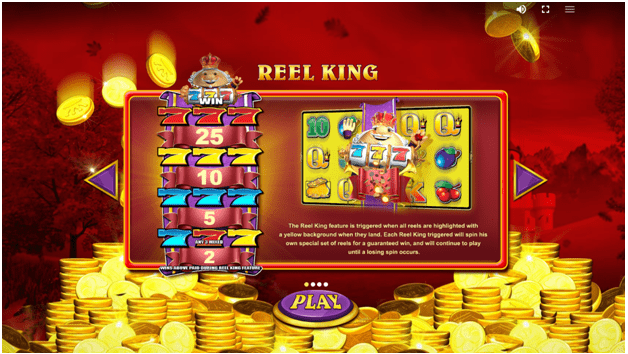 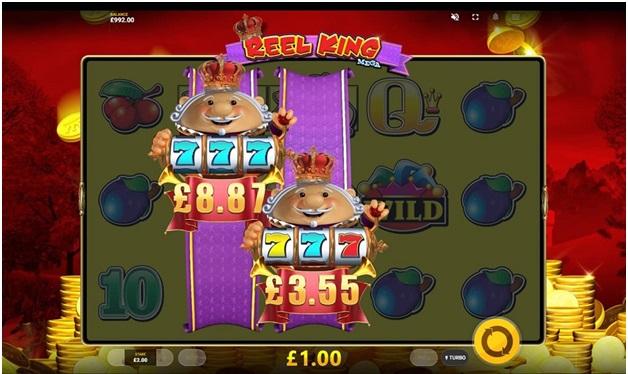 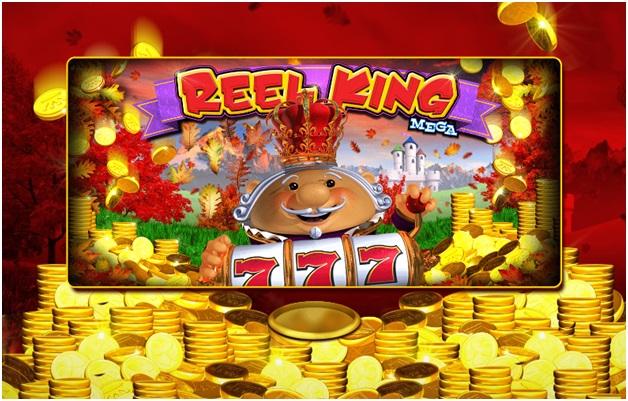 Reel King Mega slot is a 5 reel slot game where you meet a King whose stout form and friendly smile set the tone for a pleasant experience, full of potential rewards. Reel King Mega’s graphics perfectly embody that old-school slot charm. The colors of this slot game are bold, bright reds with warm, soft yellow, plush purples, teals and more.

Featuring 20 fixed paylines, which can be viewed by expanding the game’s straightforward paytable, When you play the game Reel King Mega awards payouts for 3 or more of a kind from left to right on adjacent reels. While paylines aren’t adjustable on this particular slots, players are more than welcome to increase or decrease both their bet and coin sizes to suit their objectives.

Bringing all the old-school feels to the table with iconic slot symbols like cherries, plums, gold coins, jesters and chunky renditions of card royals, this online and mobile casino game is a good choice for anyone who loves simple game mechanics and super rewarding Multipliers.

Reel King: The Reel King feature is triggered when all reels are highlighted with a yellow background when they land. Up to 5 Reel King characters (one per reel) may be triggered. Each triggered Reel King has his own special set of reels, which he will spin for a guaranteed win, and will continue to play until a losing spin occurs.

Reel King payouts are as follows:

The feature ends when all the Reel King characters have gone.

King’s Crown: After the reels stop, the King’s Crown may randomly bounce around the screen and hit one or more symbols. The symbols hit by the crown are swapped for WILDS.

Super Symbols: Each symbol has an additional 2×2 variation.

To play Reel King Mega join any Canadian-friendly online casino to play the game for free or with real money. 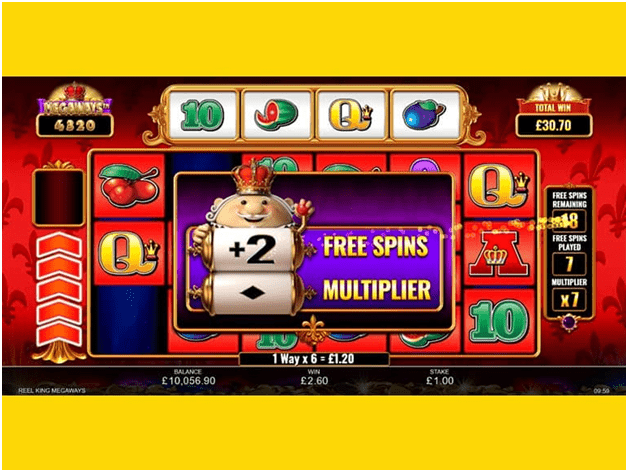 After a spin which results in a win of more than $0.10, the “Gamble” button is activated and the player may enter the Gamble game for a chance to increase their win.

The Gamble Wheel offers the player true odds and always plays 100% randomly with 96% RTP. The player can configure the Gamble using the following options: 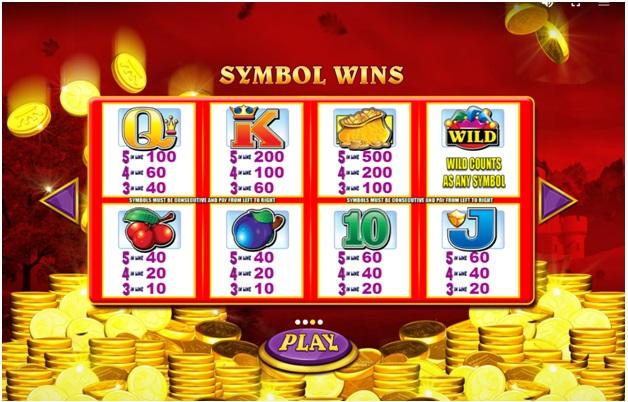 The prize value from one pay line is equal to the total stake divided by the number of pay lines, multiplied by the symbol multiplier advertised in the paytable. Where multiple wins occur on multiple win lines, the total win values are summed. If more than one win occurs on the same pay line, the largest win is paid.

The prize value from one payline in a Multiline game is equal to the stake multiplied by the symbol multiplier advertised in the paytable. Where multiple wins occur on multiple win lines, the total win values are summed. If more than one win occurs on the same payline, the largest win is paid. 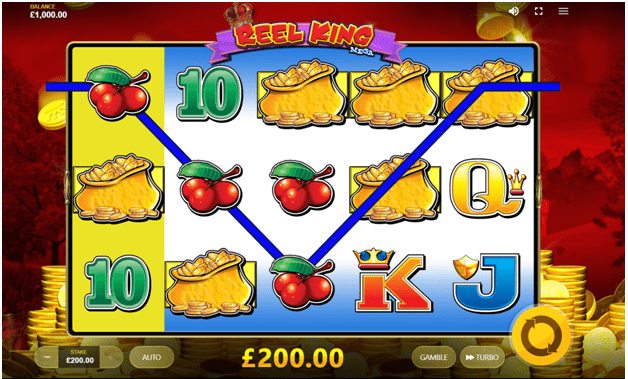 The prize value from one way or cluster in a Ways or Winning Clusters game is equal to the stake multiplied by the symbol multiplier advertised in the paytable. Where multiple wins occur on multiple ways or clusters, the total win values are summed. Any Scatter Symbol wins will be paid in addition to any other symbol wins occurring on the same spin. Note that each account allows only a single Red Tiger game to be played at any one time. Therefore, a game may not be played on more than one device, or multiple games on the same device simultaneously. Doing so may lead to various errors.

For the best gaming experience, use of the latest version of the software is recommended. The RTP of the game is  96.17% and the calculated max multiplier of the game is 500.

What do you win playing Reel King Mega? 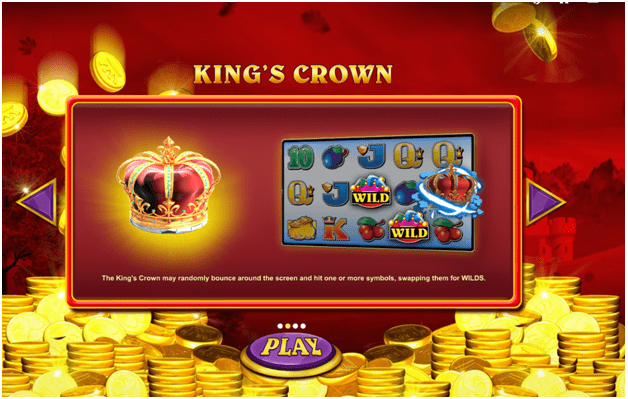 You can trigger a maximum of five Reel King symbols at a time, with potential payouts of up to 25x possible per mini reel under the right circumstances.

Another feature that you could experience when playing Reel King Mega is the King’s Crown. Randomly appearing during base play, the King’s Crown symbols will bounce across the screen. Any symbol it collides with on the way will instantly transform into a Wild, increasing a player’s chance to score a potential payout.

Also super symbols that are stacked 2×2, are created to form bigger potential wins for those who land them on the reels. As a Random Number Generator (RNG) game, this could happen at any time, to any player.

You can play this awesome slot game at Royal Vegas Casino, All Slots Casino, Jackpot City Casino or Spin Casino or any other casino of your choice.