Play Free Slots Canada > Latest News > How Much Tax Will I Have To Pay If I Win Casino Games In Canada?

How Much Tax Will I Have To Pay If I Win Casino Games In Canada? 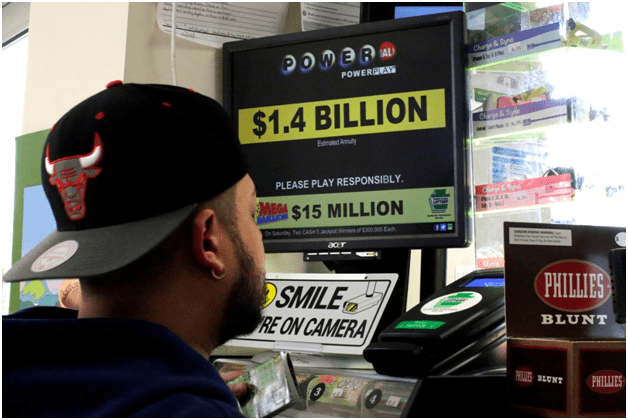 How Much Tax Will I Have To Pay If I Win Casino Games In Canada? 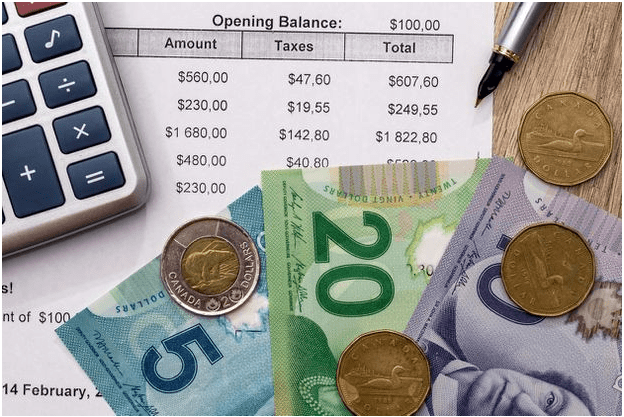 How much tax will I have to pay if I win Casino games in Canada is the most popular question asked by Canadian punters who play real money slots and lotteries in Canada.   The answer is No your real money slots wins are not taxable in Canada. Gambling income in Canada is tax-free. Whether you play casino games casually or you’re a professional, the question is gambling winnings taxable in Canada then remember that the CRA does not come after your wins. This includes even the progressive slot wins like the $20 million a Canadian won earlier in March while playing the Mega Moolah jackpot game.

As you visit the real casinos in Canada to play real money slots, you know that these casinos acquire licenses from provincial administrators. Seven out of 10 provinces permit gambling of some form. Ontario is home to at least 25 gambling establishments, making the province with the highest number of licensed establishments.

When playing real money slots at online casinos which are located offshore or internationally, most casinos with servers in Canada tend to base in the Kahnawake reserve. Though Canada doesn’t permit remote gambling licenses except in rare cases, the government also doesn’t prohibit Canadians from gambling on foreign casinos. This means you can join any online Canadian-friendly casino with your cell phone or PC or tablet and play slots, or table games without government interference. If you win money, you’re allowed to keep it without having to pay taxes.

Are Lottery Winnings Taxed In Canada? 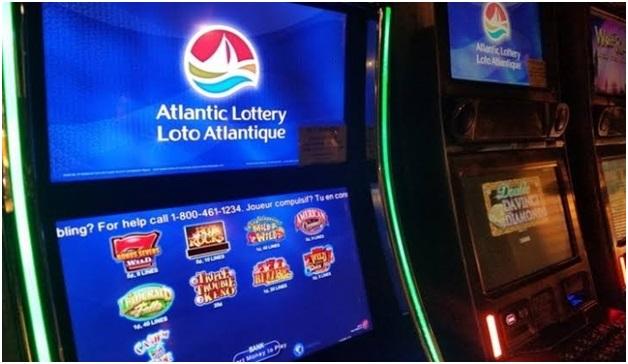 Canucks are lucky when it comes to lottery winnings.  Winnings from a Canadian lottery such as Lotto Max or 649 are considered to be windfalls. Even winnings from sweepstakes or lottery sponsored by a charitable organization are generally tax-free. Everything from your local hockey team’s 50/50 draw to the Big Brothers/Big Sisters travels lotto vouchers is included in the windfall category and therefore exempt from tax.

The Canada Revenue Agency (CRA) does not require you to pay tax on the winnings themselves. However, as with most other types of income, you will be subject to tax on any money your windfall generates. If you simply put your millions in the bank, only the interest your money makes will be taxable.

Now if you score big from a Canadian casino, your winnings will be treated the same as other lotteries and usually remain tax-free.

However, over the past few years, CRA has begun to examine its policies for professional gamblers, classifying “winnings” as business income and therefore taxable like any other business income. At the same time, this also means professional gamblers can claim business expenses. For example, if you’re considered to be a self-employed professional poker player under this theory, you could deduct all of your travel expenses, tournament fees, etc. from any winnings. If you didn’t win enough to cover the expenses, you’d be able to claim a business loss.

Prizes won from your place of employment aren’t always tax-free. Cash awards or near-cash awards such as gift cards are almost always considered to be taxable employment benefits. This means the award will be considered as part of your income. Your employer will deduct income tax, Canada Pension Plan, and in some cases, even Employment Insurance premiums on this type of award. Your T4 will have the amount of the taxable benefit listed in box 40.

Playing in the USA or Vegas as a Canadian citizen

If you wish to play lottery or casino games in Las Vegas or the US, are gambling winnings taxable in Canada? You pick up a US Powerball ticket may be tempting, but the US Internal Revenue Service (IRS) has a different approach to your lottery winnings than the CRA and considers all winnings to be taxable. And that includes a portion of your windfall from all US casinos and lotteries.

What the law says are gambling winnings taxable in Canada?

Powerball Lottery in the US

As now you know that gambling winnings are exempt from taxes in Canada. But what the law says more exactly about this is that there are certain exceptions to the rule, depending on the type of winning.

The Canada Revenue Agency (CRA) does not require paying taxes on sweepstakes winnings when the player wins from a Canadian lottery. The reason is that these are considered windfalls, but not as a way of earning money. It is important to note that all the games, which feature a 50:50 chance to win or lose are considered to be lotteries. This means that players can place their bets on the final result of a sports event without the need to pay taxes on their possible winnings. The players should keep in mind one important fact – the money, generated by the use of the lottery earnings are taxable.

On the other hand, the bookmakers are subjected to taxes on winnings, as their “winnings” are treated as income.

Following the same logic, many people might be misled by the idea that since the lottery winnings are exempt from taxes, the same law should be valid also for the casino winnings. But things are a bit different when it comes to casino winnings. Under the Canadian Income Tax Act, all winnings from playing casino games are taxable.

CRA treats casino winnings as “business income” due to the professional gamblers, who earn their money by placing bets in the casino. Hence, if you like to play casino games regularly, you are considered to “work” as a self-employed professional player.

So even though the casino players need to pay taxes on their casino earnings, having the status of a “self-employed professional casino player” gives them the right to claim business expenses.

Namely, that is the reason why the law is not completely clear when it comes to casino winnings, as some players just like to play casino games and do not use this activity as a way to make money. Hence, it seems to be a hard task to determine if a particular individual is a professional player or not. To avoid cases, in which players deduct gambling losses in Canada as “business expenses”, the Canada Revenue Agency does not impose taxes on casino winnings, but also gambling losses are not deductible.

As mentioned above prizes and awards won at your workplace are not always exempt from taxes. Cash incentives are almost always taxable, as these are considered as part of your main income. 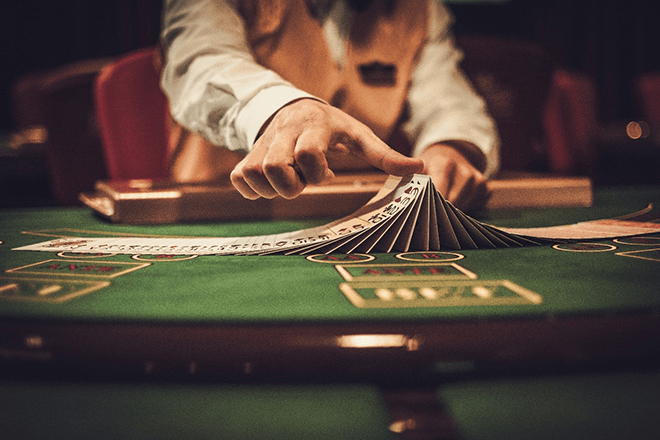 When winning gamblers have not had to pay tax in Canada

In Dowling v. The Queen case, a taxpayer was a professional golfer during the tax years in issue. He was also a frequent gambler on the outcomes of his own private golf games, poker games, and sporting events. He had been involved in approximately eight poker games per year, winning about 75 percent of the time, for a total of about $5,000 per year. These gains were found not to be income from a business and were therefore not subject to income tax. The Tax Court found, however, that the taxpayer also earned about $5,000 each summer from gambling on his golf matches with other players. Concerning his golf gambling, the court held: With his experience in this field he was sure most of the time that he would win at golf gambling.

When someone in Canada had to pay taxes on winnings

There are few cases in Canada where gamblers had to pay tax on gambling winnings because their sole earning income was only from gambling.

Given the thinness of the facts reported and the brevity of the judgment, comment on the basis for the decision is necessarily speculative; however, it seems that the key distinguishing factor in the Belawski case was that the taxpayer had generated a considerable and consistently growing stream of profit from his gambling activities over the years at issue.

In 2009 dollars, the amounts won by the taxpayer would be in the range of $40,000 to $100,000 per year. The evidence that the winnings grew over the years, were considerable in quantum, and did not fluctuate dramatically over an extended period of time suggests that the taxpayer may have cultivated well-established skills in dice or cards. Perhaps for those reasons Monet C found that it would not be unreasonable to conclude that the taxpayer was devoting a lot of time, organization, and skill to his gambling activities.

It is possible, and again this is speculative, that Monet C was also influenced by factors such as a lack of confidence in the honesty of the taxpayer’s claims regarding the origin of the funds, not unlike what seems to have happened in Luprypa and Dowling. This is not an infrequent occurrence. In many cases, individuals have claimed that “gambling” was the origin of otherwise unexplained funds.28 It could also be the case that Monet C simply reached the wrong conclusion about the taxpayer’s liability for income tax, particularly in light of the subsequent decisions on this point

Finally, note that whether you play at online casino or land casino your wins are not taxable. So winning gamblers in Canada does not have to pay tax in Canada if you don’t make a living with gambling and are therefore not a “professional gambler” in the eyes of the Canadian Revenue Agency, you pay absolutely zero income tax on your gambling winnings regardless of what kind of game or contest you play.

Remember that you will not face any legal action if you are the winner at casinos whether pay at real physical venues in Canada or play at online casinos because all the wins are tax free.

But if you are working at any Canadian casino and fail to disclose the gifts or tips that you receive in your tax returns you will have to face the consequences.