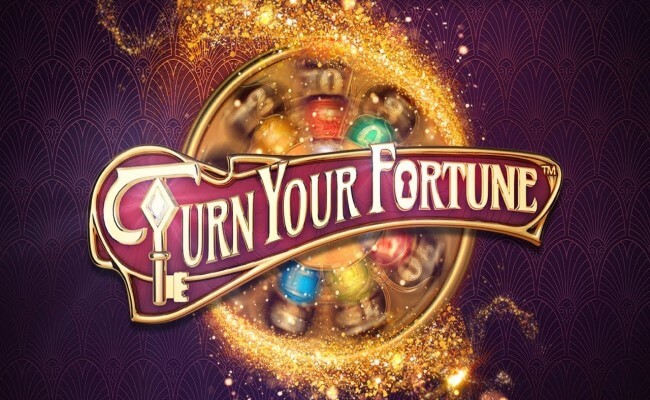 This slot created by NetEnt’s is super exciting that can keep you awake the night. The huge golden cylindrical barrel will certainly catch your attention. Visually, it appears to be obsolete making you think NetEnt might have decided to use an old game that failed to pass quality checks in earlier days. Although speculation, it’s tough to avoid thinking of Mythic Maiden, another old school classic NetEnt slot, when you see this one.

Released in January 3rd 2018, the slot Turn Your Fortune is a 4-row slot, 5-reels, and 40 paylines games accepting bets between 0.20 and 200. A major attraction is the Fortune Spins feature that appears in both the free spin feature and the base game. There is a big barrel placed to the left of the reel which plays a significant role in terms of volatility as it appears to be fairly high up on the scale with lots of RTP allocated to the base game via re-spin feature.

The backdrop is the standard wallpaper, which requires more jpg and the whole thing honestly looks like you just walked into a Chinese 1-dollar store. Everywhere gold and bling. 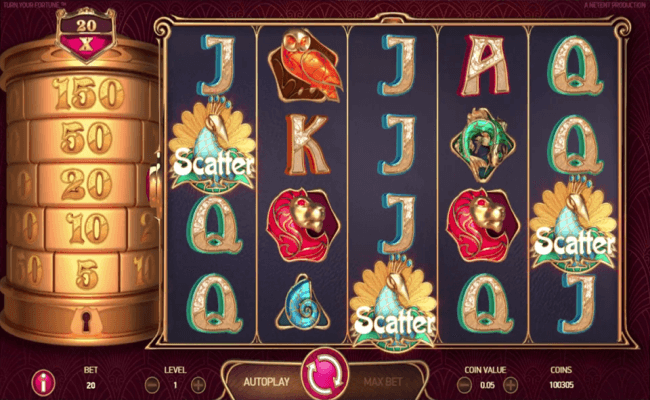 This game has a set of 4 low-win symbols and 5 medium-win symbols. J and A royals represent the low-value symbols while the higher ones come in the form of emerald coated fish, shells, turtles, lions and owls of which the latter is the top symbol, offering you 10 times the stake. Being fully stacked on the reels technically you can possibly land full-screen lions and hit the base game jackpot of 400 times the stake.

It also includes a +10 symbol and Key symbol both, which are only available during the free spins feature. You can get the wild symbol anywhere on the reels in both the base game and the bonus which can substitute for all symbols bar the scatter, key symbols and +10 symbols. 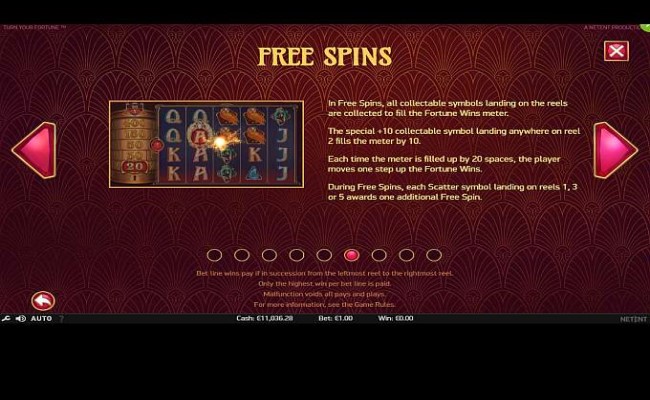 If in the base game, 2 scatter symbols appear anywhere on reels 1, 3 or 5 it will activate the Fortune Re-spins and the golden barrel will come into play. It manifests 5 levels of coin wins and to go up you have to fill the Fortune Wins meter which you could do by landing the collectible symbol that was decided by the winning symbol on triggering the feature. You can move up to 5 levels. If you happen to land the Key symbol on reel 5 the coin win values are increased on the golden barrel.

In the free spin feature, on landing 3 scatter symbols you will get a 3-tier free spins wheel where the number of free spins won, the collectable symbol and the starting Fortune Wins level is decided. You can win anywhere between 7 to 13 free spins and step up to level 4, if lucky.

You need to fill the meter up by 20 spaces to step up Fortune Wins. During free spins, every scatter landing on the reels awards you get one additional free spin which can keep you going for quite some time. If you level up to the top you can win as much as 2000 times the stake.

Although NetEnt might have failed to immediately make it obvious for players where the potential is and exactly how it’s achieved. While the bonus is capable of hitting great wins, it is nowhere near what is expected from good slots these days. It also has limited paylines with 4-row reel set gives a lot of dead spins and low payouts. Not that bad to start with if you are a newbie.