Explore the Downfalls of the Stupidest Lottery Winners

Explore the Downfalls of the Stupidest Lottery Winners

While many people dream of winning the lottery, most are too financially inexperienced to handle winning it. Even though millionaires make it look easy, it takes lots of monetary prowess to be able to properly manage money. Everyone can use a boost of cash, but being flooded with an ungodly sum brings unwanted consequences. From mooching family members to gold-digging friends, winning the lottery brings out the worst in everyone around you. In a couple years, most lottery winners are worse off than when they started.

These pitfalls are to be expected, but the actions of some lottery winners were purely their fault. Instead of attempting to play this blessing wisely, many lottery winners dive into their vices. This leads to them losing everything, even their lives. To showcase the dangers of irresponsible people with unlimited budgets, we compiled a list of the stupidest lottery winners. After a quick examination, it’s easy to see that their fates were already sealed before winning big. Prepare to be shocked by the antics of these extremely misguided winners! 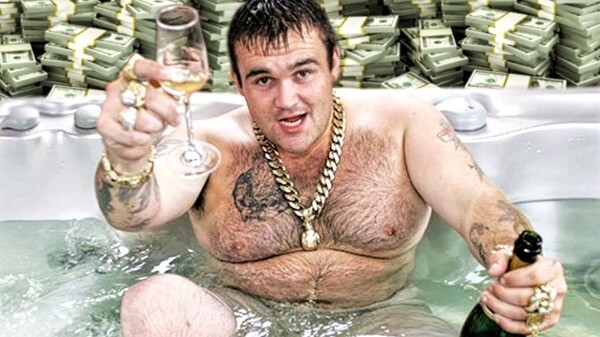 Lottery Winner #3: Michael Carroll – In 2002, this man won a staggering 9.7 pounds. Carroll was only 19 when he stumbled upon his fortune, which turned out to be too much to handle. His financial inexperience was reflected in the way he spent his money. Instead of investing the cash into businesses, Carroll decided to live like a rock star. He bought a massive mansion and invested a majority of the money on cocaine. To complete the stereotype, he even purchased a solid gold pen to snort blow with.

Unsurprisingly, this decadent lifestyle was too extravagant to last forever. In just ten years, Michael managed to lose everything he had. Carroll currently makes 204 pounds a week working at a cookie factory in Scotland. He claims to be happy, but the amount of potential he squandered is staggering. 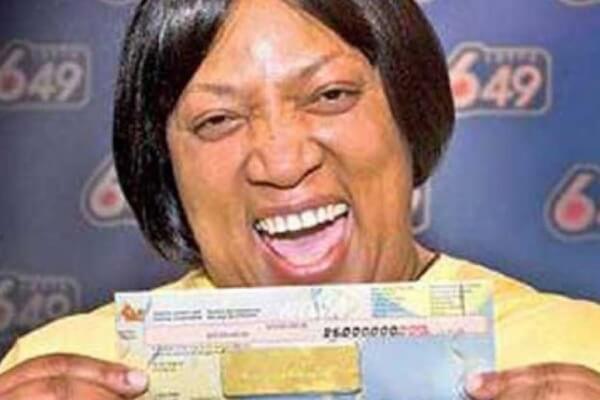 This woman got lucky twice and still blew the opportunity.

Lottery Winner #2: Evelyn Adams – Defying all odds, Adams managed to win the lottery twice. When she won the lottery in 1985, she kept playing until she won again in 1986. This netted her a total of $5.4 million, but unfortunately it wasn’t enough. Instead of prompting her to retire, these unprecedented victories fueled a horrific gambling addiction.

Sensing that her lucky streak had just begun, Adams set up shop in Atlantic City and Las Vegas. These new home towns weren’t accidental, since they were the base point of her biggest gambling adventure yet. For 20 years, she continued to push her luck at any casino that would let her inside their doors. This led to her blowing through the money, and today she is still financially broken. It goes to show that in the end the house always wins, so you have to know when to quit.

This story is so odd that it’s hard to believe that it’s real.

Lottery Winner #1: Justin Reiter – Out of all the bizarre things to happen to lottery winners, this mishap steals the show. When Reiter won $600,000, it appeared that his life had taken a turn for the better. Unfortunately, he seemed hell-bent on making an extravagant name for himself. Instead of enjoying the money, the Alberta resident quickly tried to mimic his idol Goldmember. This was the loony Austin Powers villain who had his genitals plated in gold. Reiter scrambled to figure out how he could achieve the same beauty goals, but it didn’t work out well for him.

Unfortunately, what sounds good in theory rarely works out well in real life. Reiter painted his testicles with generous amounts of lead-based paint. Unsatisfied with how it looked, he painted over it with real gold. By the next morning, Reiter was found dead. The autopsy showed that the cause of death was poisoning from lead-based paint. It was a shame to witness, since Reiter didn’t even live long enough to enjoy his fortune.