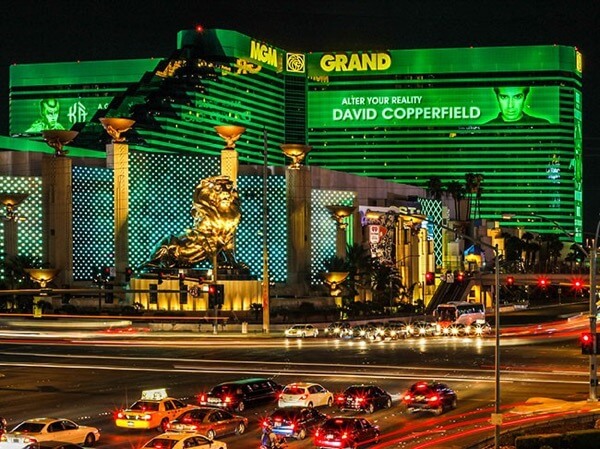 Discover MGM’s journey from casinos to taking over the luxury hospitality market.

Over the years MGM hotels has transformed from a casino empire into an international resort giant. It has grown by epic proportions and survived by successfully transitioning into new markets. From massive international investment failures to alleged ties to organized crime, this company has overcome its fair share of adversity. To date they own 15 sprawling properties across America, as well as hefty investments in 4 other properties in Nevada, Illinois & China. All these business ventures netted them a staggering $9.8 billion in 2013 & their impressive empire employs 61,398 employees. Ever since they changed their name to MGM Resorts International they have backed off of gambling & switched their focus onto developing non-gaming hotels & luxury residences.

MGM’s creation was inspired by the raging success of the Las Vegas Hilton. In 1969 the visionary airline & casino tycoon Kirk Kerkorian purchased the Metro-Goldwyn-Mayer film studio. In 1971 Kerkorian was plagued with debt from his recent purchases of MGM studios & Western Airlines. With his back against the wall he sold a majority of his casino company International Leisure to Hilton Hotels. When the casino that he had built flourished after being sold, Kerkorian was inspired to transition his newly acquired studio into the gambling industry. This gave birth to the MGM Grand Hotel & Casino in 1973. The casino exploded in popularity & Kirk parlayed the success into opening the MGM Grand Reno in 1978.

Once casino revenue dominated MGM’s income, the company was split so MGM could focus on other business ventures. In 1986 the first two casinos were bought by Bally’s Manufacturing. Kerkorian kept the MGM name & made a few investments into luxury airlines that ended up failing. In 1988 MGM acquired the Desert Inn & Sands casinos for $167 million. The Sands was quickly sold for $100 million. With this quick boost in cash MGM took its business to the next level.

1989 was the turning point where MGM started developing mega gaming complexes. They started off with a $700 million Hollywood themed complex that included a 4,000 room hotel & bustling theme park. After acquiring more land on the Las Vegas strip they started construction of the MGM Grand Las Vegas & the MGM Grand Adventures theme park. Both opened in 1993 with the grand total reaching $1 billion. To better focus on these mega projects MGM moved its headquarters from Beverly Hills to Las Vegas in 1992. In 1995 MGM opened a joint venture to create a $460 million New York-New York Casino across the street from the MGM grand.

After the opening of these huge casinos MGM Grand went on to expand in a myriad of other markets. They bought a sprawling hotel in Australia, opened casinos in Atlantic City & Detroit, & invested in South African casinos before selling their interests in 2001. They also bought out their partners in New York-New York casino venture for $612 million. In 2000 MGM bought out Mirage Resorts for a jaw dropping $6.4 billion. This daring purchase added a slew of new casinos & luxury resorts to the MGM roster.

After a series of failed expansion attempts, MGM solidified itself as the king of Sin City when they merged with Mandalay Resort Group. This gave MGM control of over half the hotel rooms on the Las Vegas Strip. They also acquired more casinos with the merger, which ended up costing them $7.9 billion. This briefly made MGM Mirage the largest gaming company in the world, which inspired Caesars Entertainment to outdo them with the purchase of Harrah’s Entertainment.

The company became the focal point of controversy when they were accused of having business relations with Stanley Ho. Stanley was a Chinese casino tycoon who had deep ties to organized crime. The bad press got their business deal rejected by the Nevada Gaming Commission. However MGM circumvented this potentially fatal decision by opening up the MGM Grand Macau with Stanley Ho’s daughter, Pansy Ho. The luxurious property opened in 2007 at the cost of $1.25 billion. This infamous partnership led to MGM being forced into selling their highly profitable Borgata Hotel in Atlantic City.

In 2010 MGM’s shareholders unanimously voted to change the company’s name to MGM Resorts International. This reflected their diversion from gambling & new focus on luxury resorts. They went on to partner with major players in Chinese resorts & also received massive contracts to build resorts in America.

MGM’s economic battles showcase the ever-changing state of the industry. Even though MGM is still thriving, they were still hit hard by the effects of the recession. The spending slump in Las Vegas casinos combined with the shocking drops in real estate prices almost laid waste to their sprawling empire. The only thing that saved them was their steady expansion into new markets. In the business versatility trumps all.