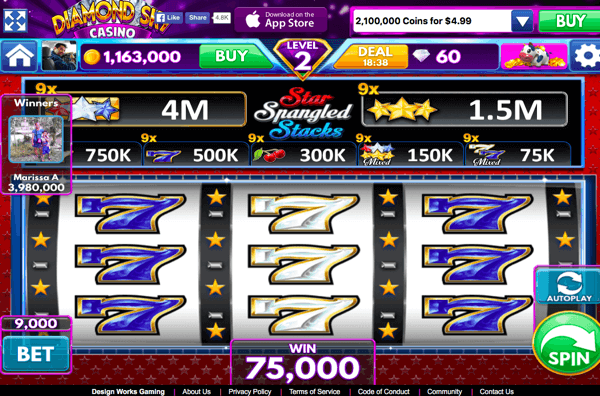 Diamond Sky Casino is one of the hottest casino games on Facebook. In the past year it has exploded in popularity, hooking over 100,000 players. This game is quickly turning into a classic, maintaining its top spot for months. Curious to see if it lived up to the hype, I decided to dive head first into the game. Get a first hand glimpse from my experience to see if this game will continue to be the hottest thing trending on Facebook! 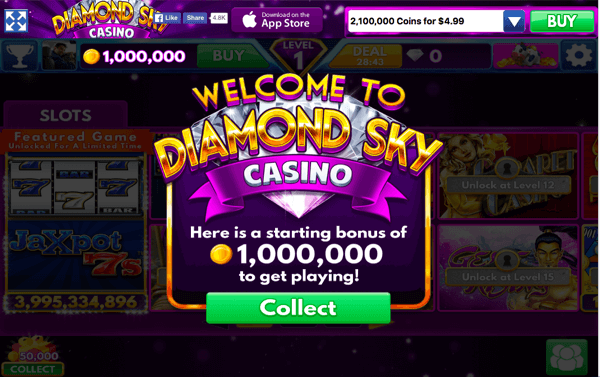 This was a generous welcome bonus!

When the game finished loading I was instantly greeted with a 1,000,000 coin bonus! I gladly accepted it. After I accepted the free coins, I was also awarded 50 diamonds to “customize” myself. Slightly puzzled, I also accepted this generous gift. 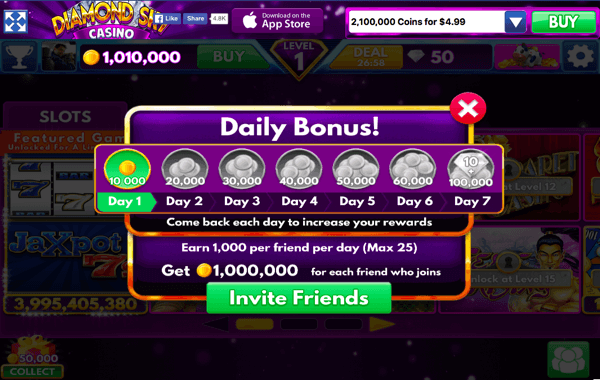 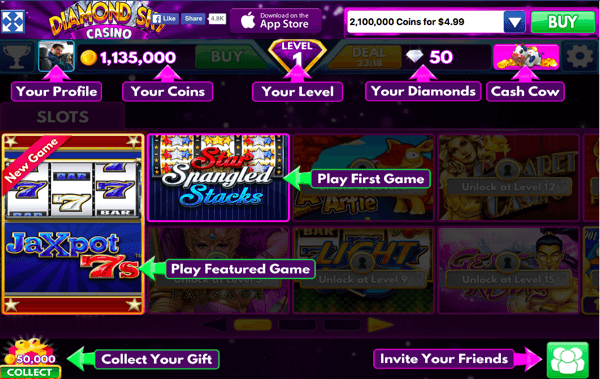 Finally I made it to the main menu. I had the choice of collecting a gift, but I opted to get down & dirty with one of their games. 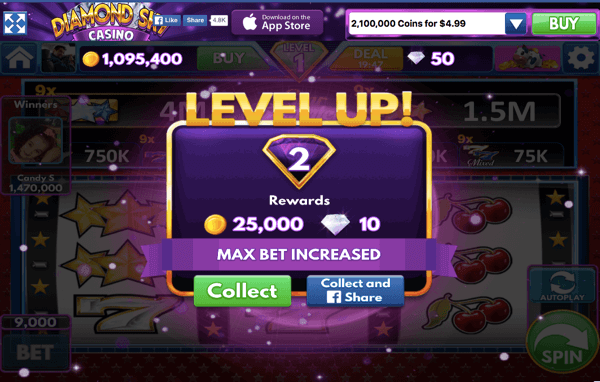 This quick level up was unexpected!

I decided to celebrate my heritage by picking. Star Spangled Stacks. After playing for a minute I achieved a level up! I was awarded more coins & diamonds. Motivated by this quick success, I kept playing. 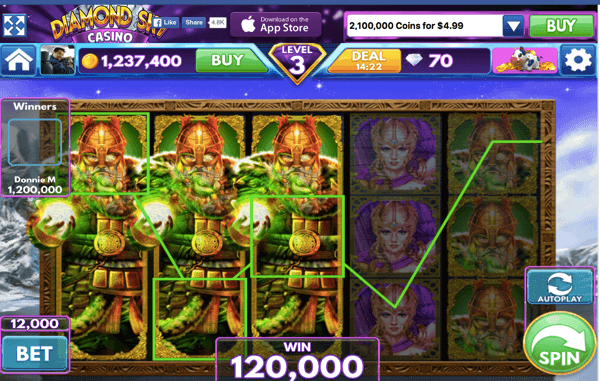 This new level was amazing!

I continued playing until I advanced into a new level. Upon winning I was alerted that I had unlocked a new game. Intrigued by my new options, I decidided to give it a try. When I started playing Nordic Passage, I was instantly won over by the theme. It was equally rustic & vibrant. There were creative graphics & interesting characters. It was everything that the first level wasn’t. 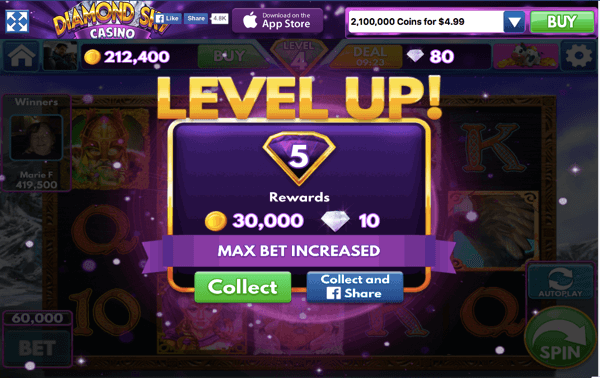 Things were getting intense.

After spinning like a maniac I finally reached the next level. I collected my new coins & continued to play! By this time I was using the max bet of 60,000 coins per spin. This was rapidly depleting my collection but it was advancing me quickly up the ranks. Before I knew it I had reached the 5th level! I was alerted that the max bet had been raised to 120,000 coins per spin. Eager to try it, I raised up my max bet. 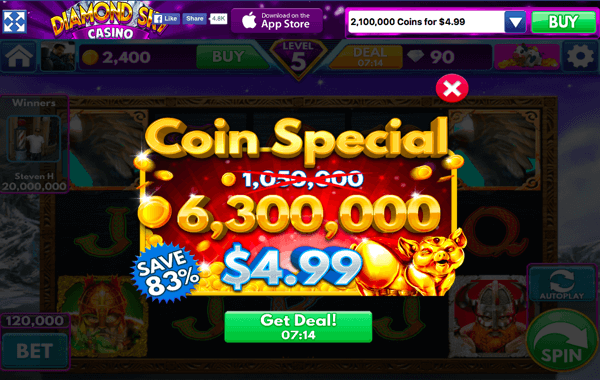 Betting big lead to this.

This bold move ended up leading to my demise. I ran out of coins in two spins. Diamond Sky Casino eagerly offered to sell me 6,300,000 coins for $4.99. But I decided to quit while I was ahead.

Diamond Sky Casino is an entertaining game to play. Once you get past the never ending bombardment of bonuses, you are introduced to some enticing games. I was rapidly awarded new coins & levels. However, the temptation to bet big will get you in trouble. It seduces you into betting big by giving you a seemingly endless supply of coins to start with. However, these coins quickly disappear as soon as you start using max bets. By the time you run out, you are already clamouring for more. This is a devious plan to get you to buy more coins, leading you into a never ending cycle of dependency. As long as you have self control you can have a good time playing. However, I wouldn’t recommend this game to anyone who is easily hooked by flashy graphics & new levels.

If you are interested in the game and wish to play you can play either at Facebook; or have the free game app from iTunes to enjoy with iPhone. If you have an Android device then download the game app from Google Play. The game app will soon also be available at Amazon store too.