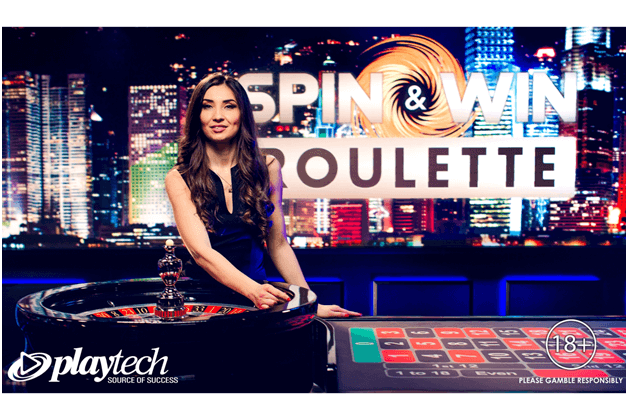 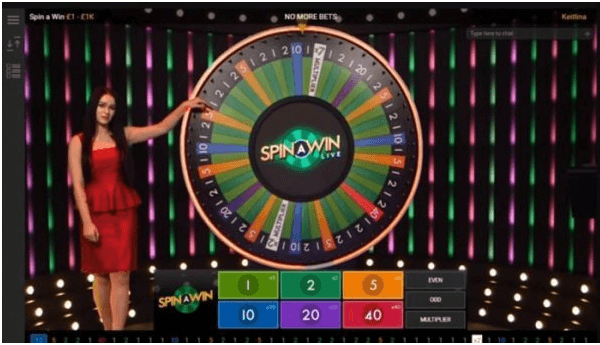 The Isle of Man-headquartered gaming and entertainment giant made use of an official media release to announce what Spin and Win is all about. The release says that’s the game offers players a fantastic new ‘multiplier-based’ version of the developer’s existing live Roulette offering, and one that’s been developed with a specific focus on helping players boost their winnings in exciting new ways. Multipliers of up to 100x a player’s bet can now be banked. This is live Roulette presented in ways it has never been on offer before.

Spin & Win Roulette is designed to enhance the excitement of the players, along with the rewards. The game allows its players to achieve a multiplier bonus of up to 100x. What makes Spin & Win Roulette better than other multiplier-based roulette games is that every straight-up position in this game layout is multiplied for an even better experience. The game is built and designed around the up and coming augmented reality technology. Spin & Win Roulette has been created to be visually engaging, as Playtech is aiming for compelling gameplay.

The new Spin & Win Roulette by Playtech is the latest addition to the PokerStars dedicated multi-table environment at the company’s flagship Live Casino studio in Riga. The nine exclusive Blackjack tables will compliment spin & Win Roulette at the Riga studio. 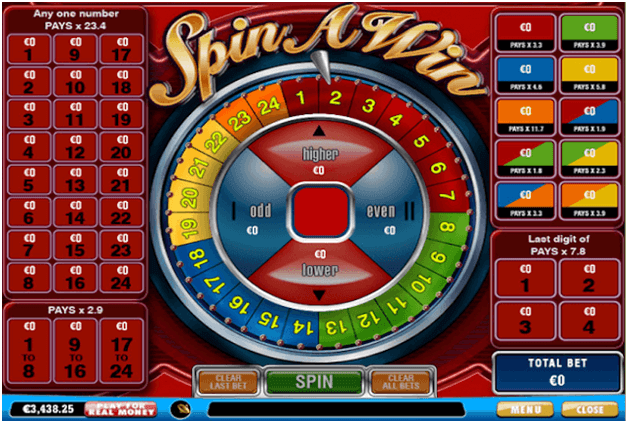 According to Playtech’s Kevin Kilminster, what gives Spin & Win its special winning edge is that it’s been designed with the help of Augmented Reality (AR) technology. By integrating real-world scenarios with imaginative and appealing elements of visual and audio stimulation, Playtech has successfully created an end-result that is as engaging as what it is stimulating from a gameplay experience point of view.

But Playtech’s Spin & Win serves a dual purpose, as it also represents a significant step in the developer’s existing partnership with iGaming platform brand giant The Stars Group. Spin & Win is the latest product to be added to PokerStars’ existing portfolio of live dealer table games and will be presented alongside an existing arrangement of 9 superb and exclusive live dealer Blackjack tables on offer at the Canadian casinos.

Playtech has been working closely with PokerStars to build their exclusive offering, including a series of new dedicated Blackjack tables, and Spin & Win Roulette is a key step in their ongoing partnership.

So, you enjoy taking the wheel for a spin here are the most common roulette winning strategies

This method depends on doubling your bets after you take a loss, with the goal of recouping all previous losses and gaining a small profit. In other words, if you place your wagers only on a single color and continue doubling them until you win, you recover your losses. This is provided you keep doubling losing bets.

But when you use this strategy watch out for that gamers fallacy – just because one color has won 100 times in a row doesn’t mean that the other color is more likely to appear on the next spin. Roulette spins have a chance of a little less than 50/50 because of the 0 and 00. In addition, after several consecutive losses you may reach the max bet or run out of money – at this point, you’re in the red whether you win or not. For this roulette winning strategy to work, you need to make larger bets or win in order to recoup losses, and if you can’t do either then you want to walk away.

As might be expected given the name, this method of roulette gameplay is the opposite of the Martingale Strategy. Instead of raising your bets when you lose, the point is to increase them when you win and lower them after losses. The idea is that you’ll capitalize on hot streaks and keep your losses to a minimum during rough patches.

The Reverse Martingale Strategy is really risky because as soon as you lose, you lose your entire earnings. Unfortunately, for this one to work really well you need to hit a hot streak and quit before you lose – something that many gamblers aren’t very skilled at doing.

For those looking for something a little safer than the Martingale or Reverse Martingale roulette strategies, the D’Alembert Strategy is a perfect alternative. This simple method of gameplay is accomplished by increasing and decreasing bets based by one, which is much safer than doubling.

If you come out even on total number of wins and losses, using the D’Alembert Strategy will put you in the black. Here’s an example: say you put down a bet of $10 on red. You lose, so you bet $11 on red again. You lose again, so your wager goes up to $12. You win, so you go back down to $11 and win again. You pick up your winnings and walk away. You lost two wagers and won two wagers, so the math comes out like this: – 10 – 11 + 12 + 11 = +2. The disadvantage to this strategy is simply keeping track of your number of wins and losses.

Leonardo of Pisa, also known as Fibonacci, was a famous Italian mathematician who wrote about a specific series of numbers in the early 1200’s. While the series was around over a thousand years before Fibonacci, the series was dubbed the “Fibonacci sequence” in the nineteenth century. Basically, the sequence is characterized by the fact that every number after the first two is the sum of the two preceding ones. So, the Fibonacci go like this: 1, 1, 2, 3, 5, 8, 13, 21, 34, 55, 89, 144, etc.

When it comes to roulette strategies, the Fibonacci Strategy involves betting by adding the last two bets together. With this method, you can leave with a profit even if you lost more games than you won.

An example of how you might bet using the Fibonacci Strategy:

Even though you lost five bets and won only four, you’re still ahead by one. The biggest disadvantage with this roulette winning strategy is that the further you fall down the sequence, the more money you lose. You need to strike quick or risk losing more money than you bargained for.

Discover the roulette strategy that Ian Fleming came up with and his famous character used at the table. Fleming told folks that his “foolproof” method could win you the “price of a good dinner” if you used it every night. For this roulette winning strategy, players need at least $200.

The biggest disadvantage to this one is obviously the risk associated with a number between 1 and 12 showing up.

You can play roulette games at any Canadian friendly online casino like Spin Casino, Platinum Play Casino and others.

PokerStars operates the world’s most popular online poker sites, serving the global poker community. Since it launched in 2001, PokerStars has become the first choice of players all over the world, with more daily tournaments than anywhere else and with the best online security. More than 182 billion hands have been dealt on PokerStars, which is more than any other site.