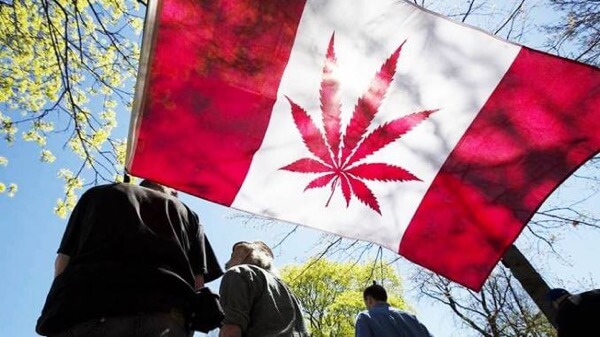 Even though Canada made history becoming the first G7 country to legalize recreational marijuana, the details are surprisingly hazy. Bill C-45 made 90 years of prohibition go up in smoke, but the implementation of the policy will vary widely. While some rules apply across the board, ultimately provinces and territories will decide how it’s sold and used. Currently Ontario, Newfoundland and Labrador, Alberta, New Brunswick and Yukon have passed marijuana laws. The rest of Canada is still figuring out how to complete their legislation, which leaves many cannabis connoisseurs in suspense.

Despite enjoying a majority of support amongst Canadians, not everyone is on the same page about how legalization should be implemented. The new marijuana law isn’t retro-active, so citizens who were previously arrested for cannabis violations will be unable to participate. Another concern is the lack of diversity, but Health Canada is fast-tracking indigenous cannabis applicants to address the issue. Thankfully, applicants don’t have to be backed by massive companies to participate in marijuana production. Micro-cultivation and micro-processor licenses are included in the bill. This means smaller companies should be able to produce edibles, extracts and beverages in 2019.

While some stipulations still need to be worked out, there are a few things Canadian cannabis consumers need to know. A lot has changed with this new bill, so it’s essential to stay up to date. To clear the air about the new regulations, we compiled a list of things Canadians shouldn’t ignore about Bill C-45. Even if you don’t plan on indulging in this new option, it’s important to get educated on the facts. Prepare to be surprised and startled by the introduction of recreational marijuana. 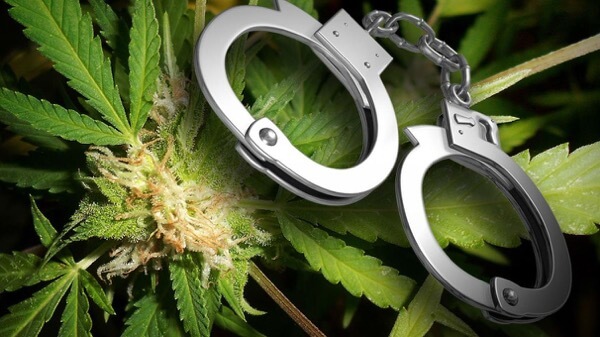 Breaking the law has some serious consequences.

Fact #1: Punishments For Illicit Activity Are Stricter – Just because recreational use got legalized doesn’t mean every activity surrounding marijuana is legal. In many circumstances, breaking the rules have heavier consequences. Simply selling marijuana without a license can incur fines up to $5,000 or incarceration of up to 14 years in prison. Unsurprisingly, selling to a minor has the same harsh range of consequences.

Driving under the influence is also extremely illegal. Penalties range from $1,000 fine on the first offense to 120 days in jail for the third offence. These penalties go up drastically from two-years imprisonment to life behind bars if anyone is maimed or killed by an impaired driver. To determine who is high behind the wheel, police will use saliva tests to see who has been smoking. While these testing methods aren’t very accurate, they will still be rigorously enforced.

Fact #2: Canada’s Marijuana Tax Rates Are Surprisingly Generous – In an effort to curb black market purchases, Trudeau pushed for lower taxes. Canadians will pay $0.78 per-gram (CA$1) on sales up to $7.80 (CA$10) and a flat 10% tax on pricier products. Compared to the 45% tax some Californians pay for weed and the 50% tax on beer, this is a good deal. To make matters even more intriguing, not all marijuana products will be taxed. Oils with low THC content and prescription medicine will be tax-free, which is a huge victory for medical marijuana patients.

Another interesting faucet of marijuana taxes is how they will be distributed. Since they are in charge of how marijuana will be sold, 75% of tax revenue will go to the provinces. Up to a certain point, the remaining 25% will go to the federal government. Once the Canadian government collects CA$100 million a year, the rest of the tax money goes back to the provinces. While most tax money will fund enforcement and marijuana risk campaigns, hopefully some will help fight the opioid epidemic. 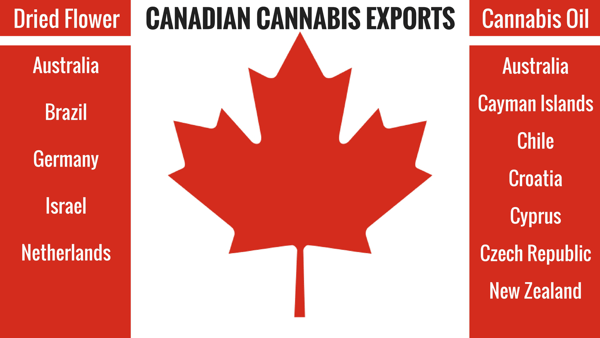 Exporting marijuana around the world is a game changer.

Fact #3: This Bill Relies on Exportation to Survive – Even though adult marijuana use in Canada is booming, the real money maker is exportation. Domestic annual demand ranges from 800,000 kilograms to 1 million kilograms, which is worth $5 billion. While this is an impressive figure, once companies reach full production in 2020 over 2.4 million kilograms will be cultivated. Exportation to countries who have legalized marijuana for medical use will be crucial to getting rid of excess marijuana. On top of keeping the price of weed in Canada steady, exportation around the world is the next bonanza.