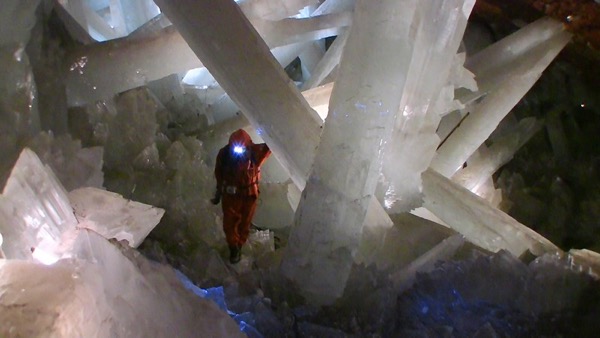 This world is full of beautifully bizarre places to explore. From crazy temples to natural phenomenons, this planet is absolutely packed with oddities. It’s nice to get off the beaten path & experience the peculiarities of other places. While our home is far from perfect, it’s hard to get the same views without travelling.

Once you see the rarities of other countries, you can make an educated evaluation of your own society. Sometimes the results are shocking. From spirituality to cuisine, there’s always something new to discover. Nothing can blow your mind more than finding out that your own country may be completely backwards on certain issues. For this reason it’s important to explore the hidden treasures of other countries. We have come up with a list of 2 bizarre sites that you need to visit. Prepare to tap into the earth’s best kept mysteries!

2 Odd Places That Are Worth Visiting

These crystal caves are absolutely breathtaking!

Destination #1: Mexico’s Giant Crystal Cave – It doesn’t get more surreal than climbing around a cave filled with massive selenite crystals. The city of Chihuahua, Mexico is home to the infamous Naica mine. This is one of the most unique caves in the world since it contains the world’s biggest selenite crystals. Clocking in at 55 tons, these behemoth crystals are amazing.

The Naica mine was discovered in the 18th century by miners. A raging silver rush motivated the workers to follow a lucrative silver vein. As they ravaged the mine for its silver, they missed its biggest treasures. It wasn’t until the mine was officially closed in 1911 that they discovered the Giant Crystal Cave. It was protected by law, but unfortunately it was soon forgotten.

Later in 2000, two researchers rediscovered the Giant Crystal Cave. After descending over 900 ft underground, they stumbled upon the giant crystals. These crystals are 12 ft in diameter & can surpass 55 tons each. Experts believe that they were created by magma over 500,000 years ago. Some people even believe that the crystals have healing powers. But you will have to see for yourself.

Since the journey to see them is more than treacherous, you have to go with professional guides. It’s also 58 degrees Celsius (136.6 degrees Fahrenheit) in the cave, so special equipment has to be worn or else you die. Even though this isn’t the easiest place to visit, it’s definitely one of the most impressive. 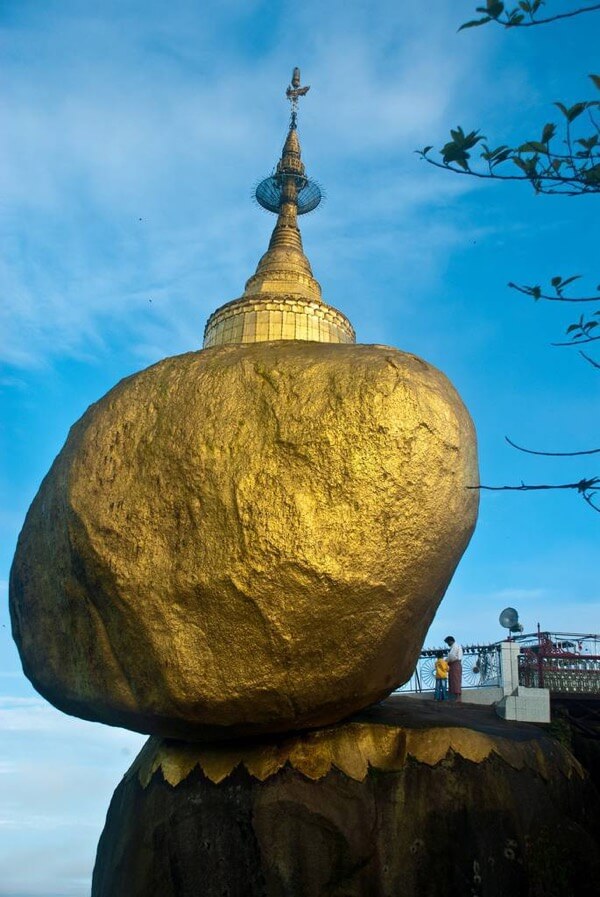 This act of faith steals the show.

Destination #2: Burma’s Golden Rock Temple – Like most mystical places, the origins of this crazy temple lead back to an ancient legend. The Golden Rock Temple is a gold plated rock/pagoda that teeters on the edge of a mountain. Located in Burma, this unusual attraction attracts Buddhist devotees from around the world.

Legend has it that this marvelous temple came from Buddha meeting a hermit. Taik Tha was a man who devoted his entire life to follow God in the wilderness. After meeting him while travelling, Buddha gave the hermit a strand of his hair. The hermit then gave it to the king, who allegedly had supernatural powers. The king then took a rock from the ocean & put it on the mountain top. Another rock was precariously balanced on it, & they built a pagoda on top of it. The entire rock was then covered in gold & the strand of Buddha’s hair. To this day the golden rock sits balanced on the edge of destruction.

Even if this legend is completely false, the construction of this pagoda is still insanely impressive. Covered in gold & hanging by a thread, this temple showcases the power of faith. It also offers a spectacular view of the neighboring city & sea. If you love intricate temples you need to see this amazing pagoda!